At T-minus six weeks, the election campaign was on. The major parties ran through their pre-launch safety checks: confirm the candidates, finalise the preference deals, hope your opponent crash-lands.

Burned by its failure to launch in 2019, this time round the Australian Labor Party presented a ‘small target’. Supporters collectively held their breath when Anthony Albanese failed to remember key economic figures early in the campaign. Meanwhile, the Liberal–National Coalition campaigned on leader Scott Morrison’s record and warned against changing course, despite his promise to ‘change’ if he was returned.

By election night, it was time to answer the question: would Australia boldly go where it had not gone since 2013, or would it stay the course? 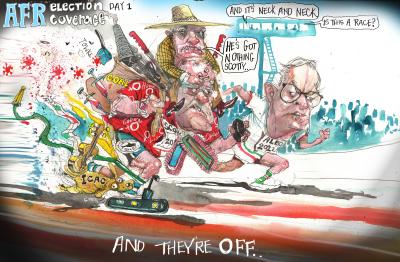 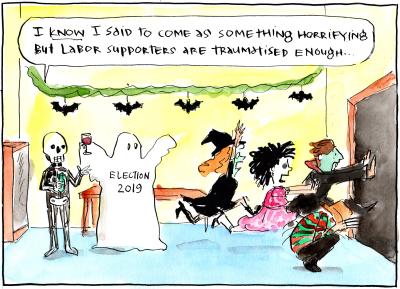 Ghost of Elections Past 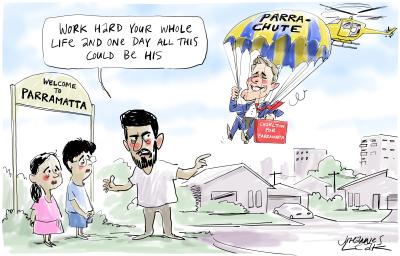 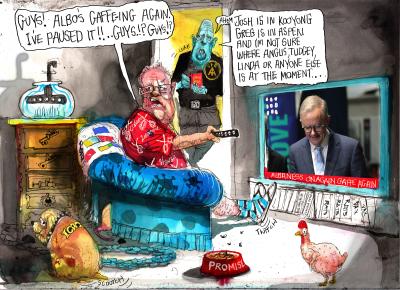 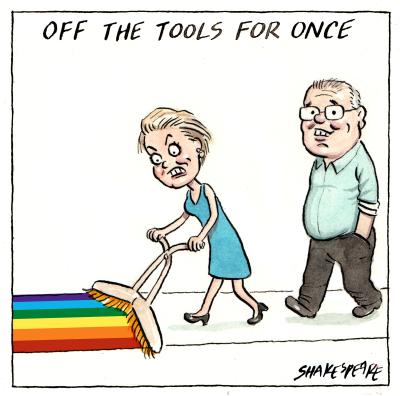 Katherine Deves Gets 'on the Tools' for Scomo 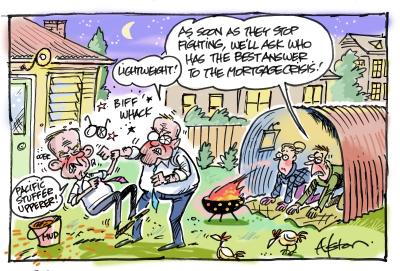 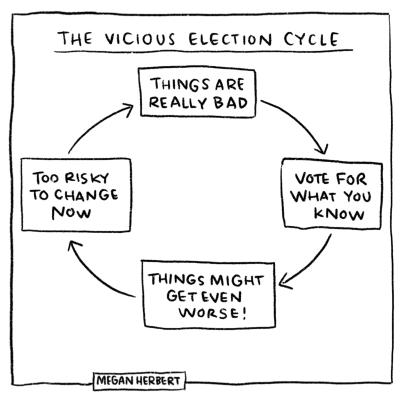 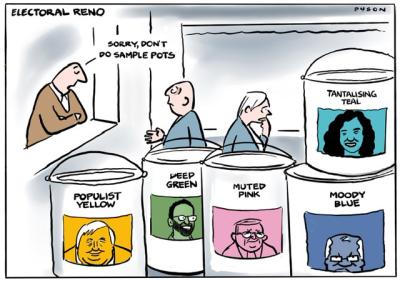 Andrew Dyson, The Sydney Morning Herald, The Age, 7 May 2022 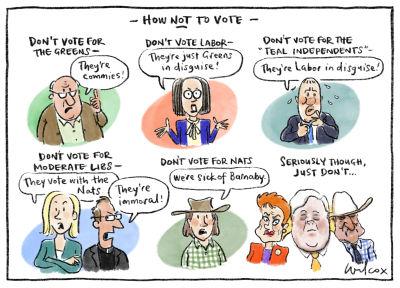 How Not to Vote

Cathy Wilcox, The Sydney Morning Herald, The Age, 4 May 2022 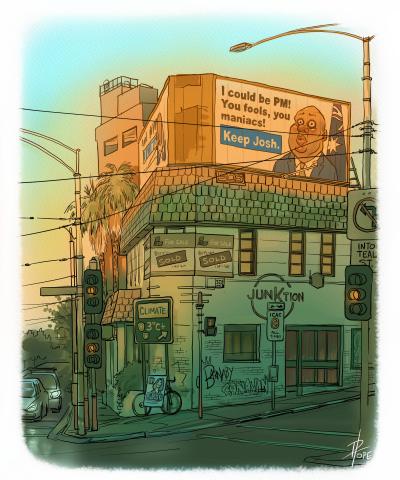