The 25 May death of African-American George Floyd at the hands of the police triggered unrest across the United States. Over recent years, footage of police brutality has fuelled outrage and driven the Black Lives Matter movement to greater prominence. Eastwood’s cartoon highlights both the continuing protests against deaths in custody here in Australia and the increasing role of cameras at demonstrations. 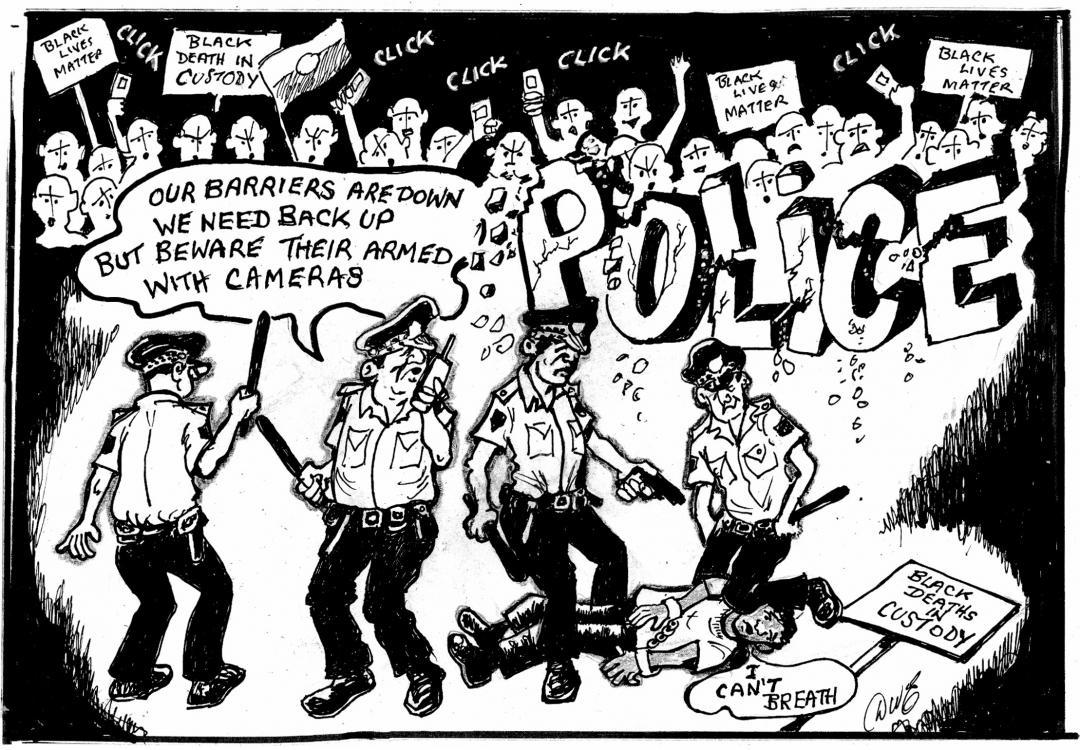