The outline of Parliament House is a recurring motif in Le Lievre’s work. Here the building is rendered as a prison in response to the repeal of the controversial ‘medevac’ legislation. Passed after Dr Kerryn Phelps won the Wentworth by-election in 2018, ‘medevac’ had allowed refugees held in offshore detention to be brought to Australia for necessary medical treatment. It was repealed with the support of Tasmanian Senator Jacqui Lambie just over a year later. 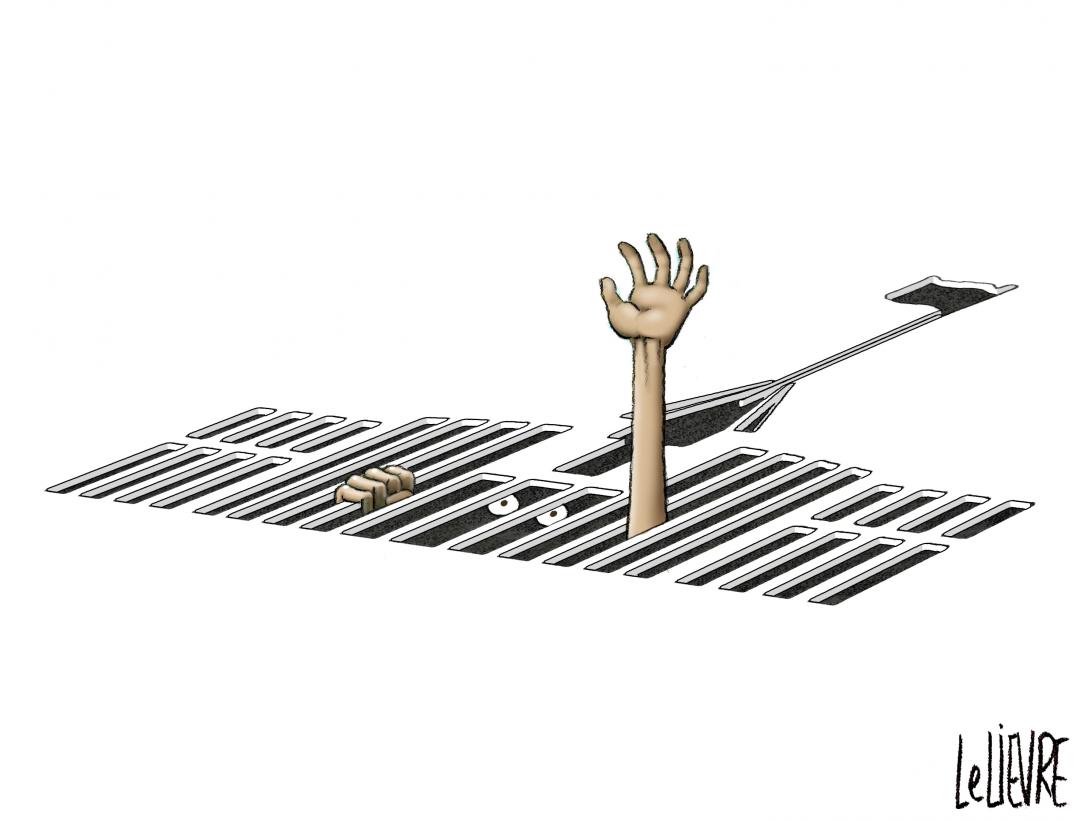