On 11 June, in the lead-up to the Black Lives Matter protests, Prime Minister Scott Morrison commented: ‘It was a pretty brutal place, but there was no slavery in Australia.’ The next day, he expressed regret over his remark, adding: ‘There have been all sorts of hideous practices that have taken place, and so I’m not denying any of that.’ Golding’s caption alludes to Bruce Pascoe’s prize-winning book Dark Emu (2014). 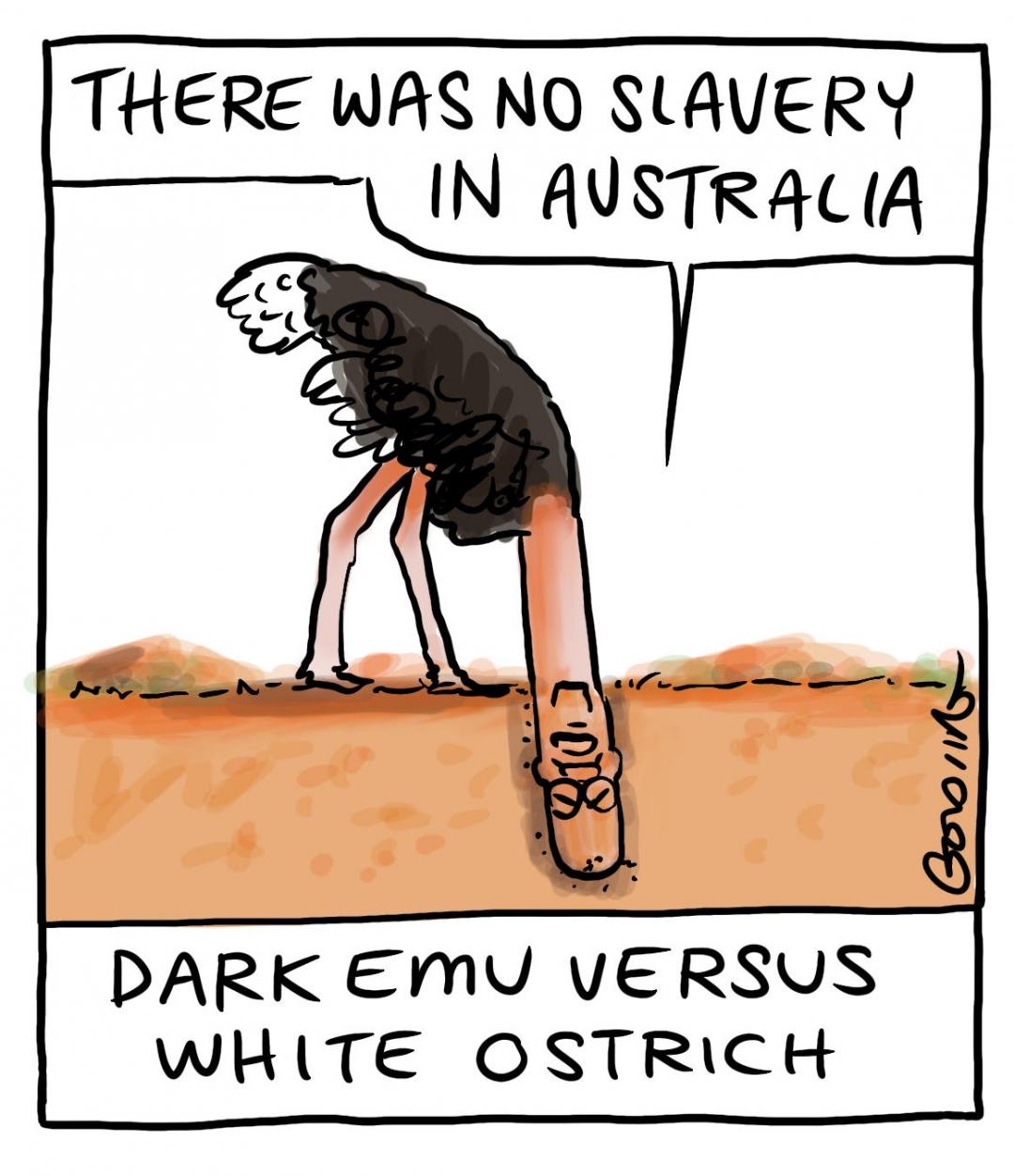