In one cartoon, Chris Downes brings together several poignant aspects surrounding the terrorist attacks by an Australian man in Christchurch. On the left he identifies the need for changes to New Zealand gun laws. Days after the attacks, New Zealand Prime Minister Jacinda Ardern announced a ban on semi-automatic weapons. On the right, Downes references a key photograph emerging from that time of Prime Minister Ardern embracing those who had lost family members in the attacks. 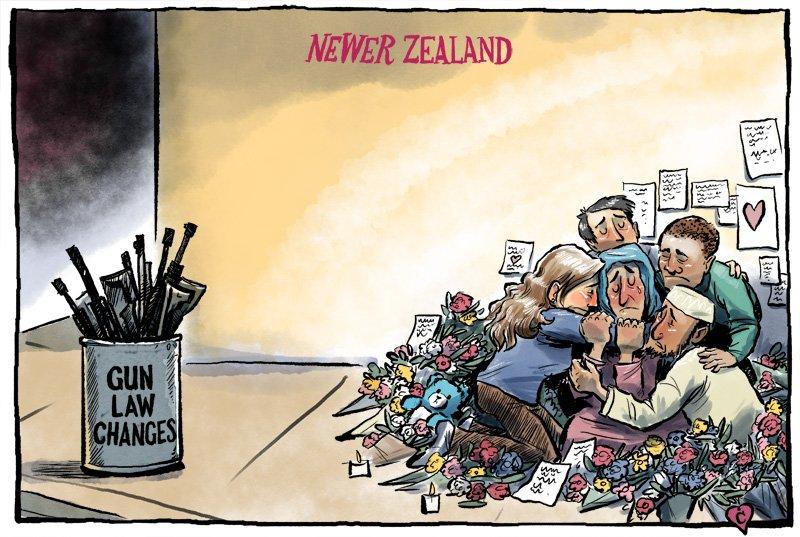