In July, the Minister for Indigenous Australians, Ken Wyatt announced that he would seek a referendum to recognise Indigenous people in the constitution. This has been a long-held hope of many in the Indigenous community, particularly brought to public attention in the Uluru Statement from Heart, written by 250 Indigenous delegates at Uluru in 2017. Jon Kudelka links Wyatt’s commitment to the statement in the context of the Aboriginal flag. 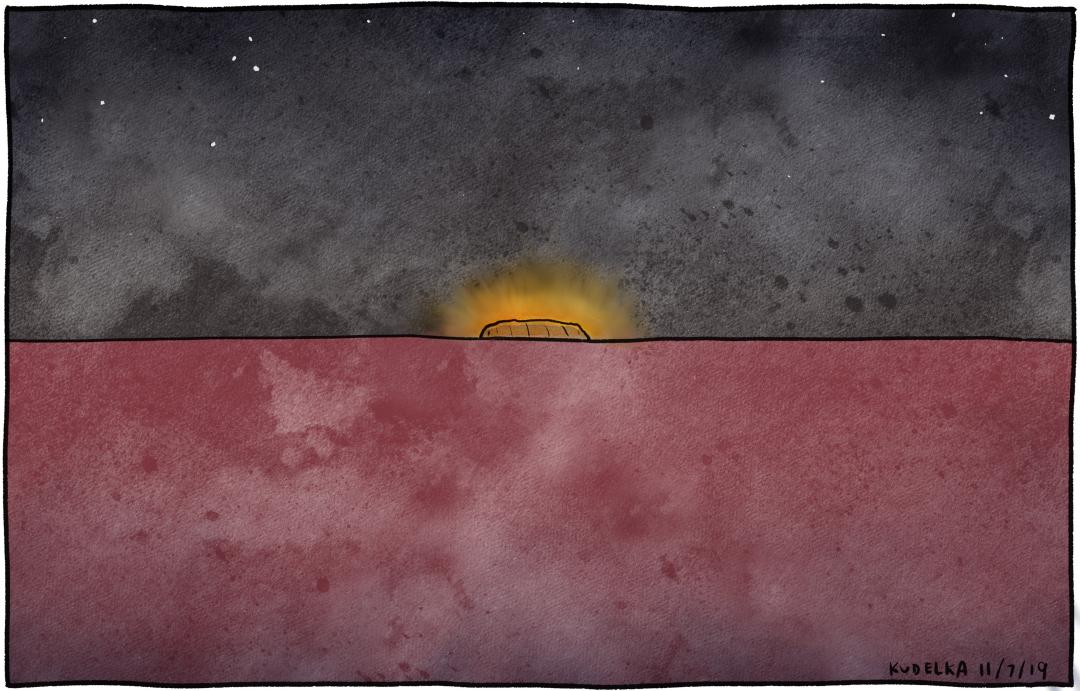