How Many Times Have I Told You, Don’t Hang Around Those French Poodles!

Following Theresa May’s resignation, Boris Johnson won a membership vote to lead the Conservative Party, and therefore become Prime Minister of the United Kingdom. Boris Johnson was a vocal supporter of the ‘Vote Leave’ campaign at the 2016 referendum and has continued to build his reputation on the stance. Here, Eric Lobbecke has him carrying home the British Bulldog. 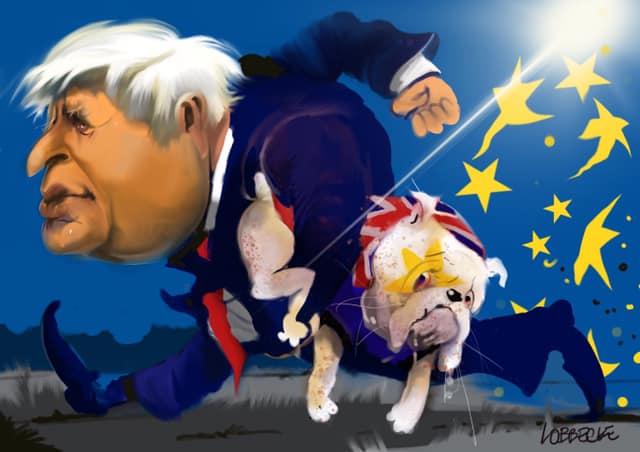