Finding a solution that satisfies all stakeholders was the challenge former prime minister Theresa May accepted following the United Kingdom vote to leave the European Union. Playing on the print by Dutch graphic artist M. C. Escher, Jon Kudelka has her pictured with a series of impossible choices that don’t lead to the outcome. Her plan to leave the European Union was voted down three times by the parliament. She resigned in May 2019. 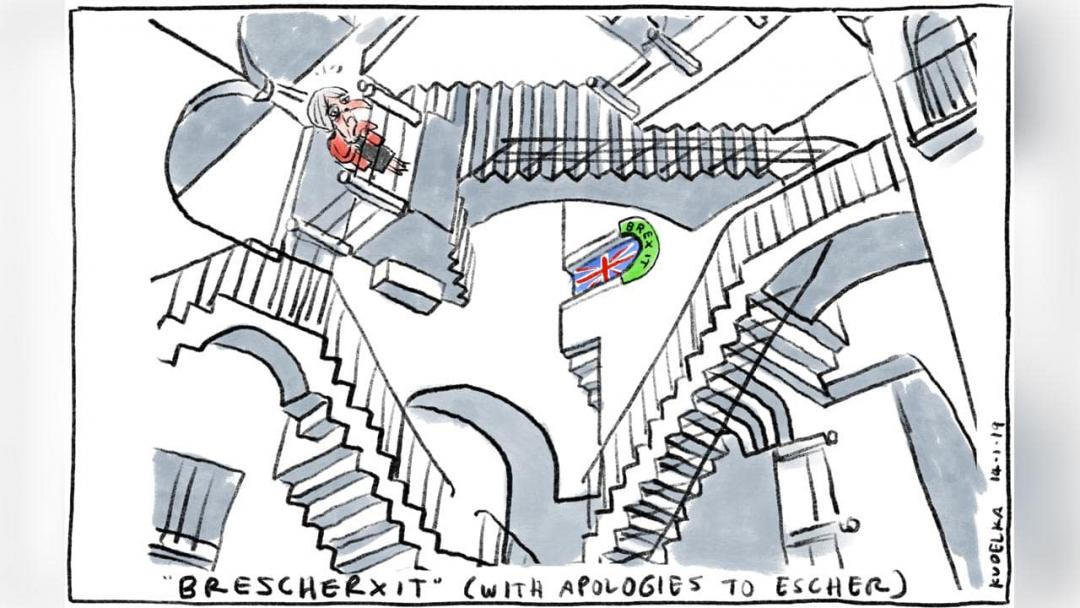