One of the first actions Boris Johnson took as Prime Minister was to suspend parliament for five weeks. This left little time for parliament to resolve the Brexit deal before the October deadline and the public response was swift and negative. Parliament returned after the Supreme Court ruled that Johnson’s suspension was illegal. Alan Moir refers to another attempt to blow up parliament, that time with actual gunpowder, by Guy Fawkes in 1605. 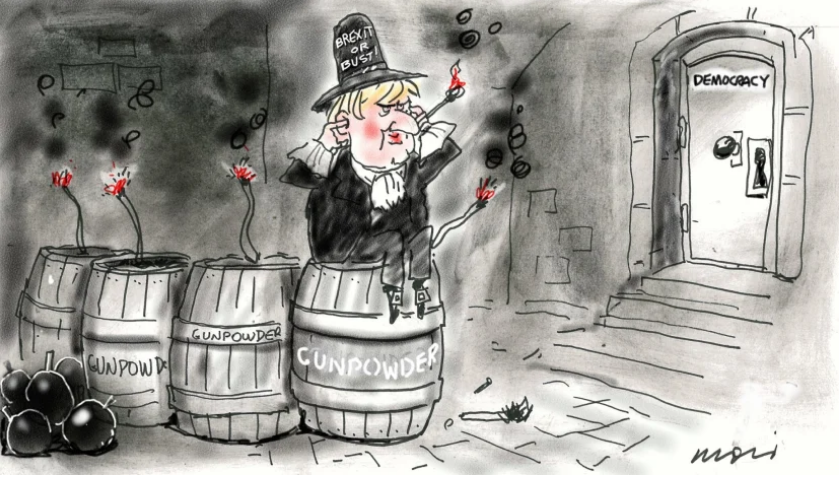