Andrew 'First Dog on the Moon' Marlton
The Guardian

First Dog on the Moon wistfully paints a picture of his imagined response to the news report on the extinction of the Bramble Cay melomys. Bramble Cay is a small island in the Torres Strait. The melomys were a small native Australian rodent. The last of the species was seen in 2009. The Australian Government Minister for the Environment announced their extinction in 2019. 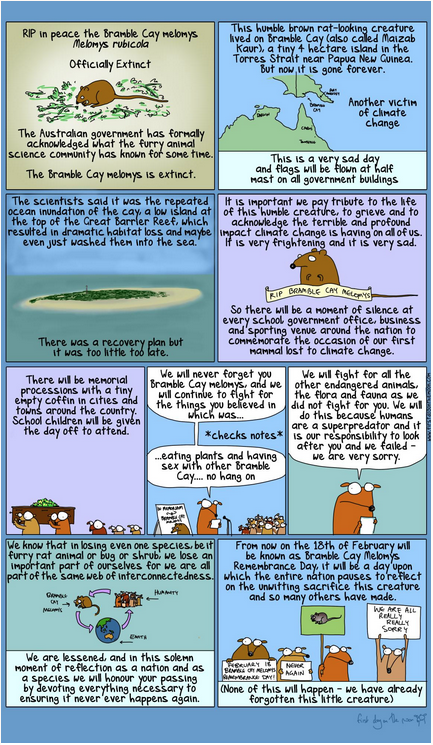