This 1963 election cartoon shows the continuity of cultural iconography. Leader of the Opposition Arthur Calwell offers voters his pie while Prime Minister Robert Menzies prepares his major election speech, delivered the next day. John Frith (1906–2000) was cartoonist for The Bulletin, The Sydney Morning Herald and The Herald. He often included himself in his cartoons as ‘Everyman’, here with a piece of pie in his hands. 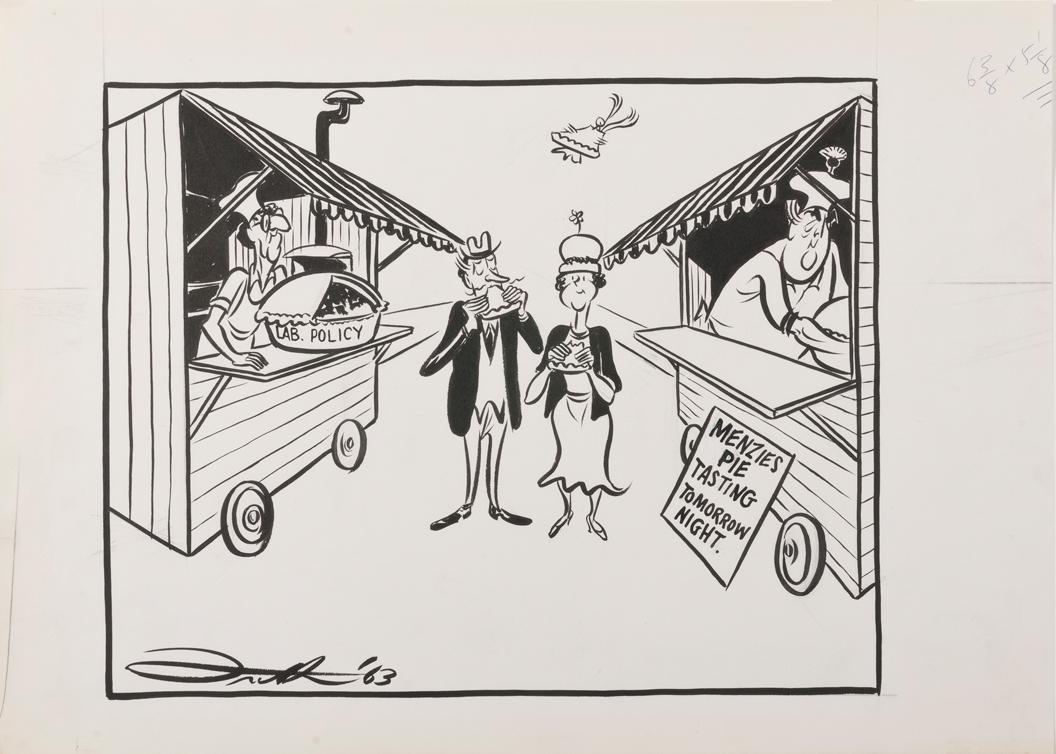