Peter MacMullin taps into the public’s bewilderment over the role of preferences in electing their local members. Australia’s preferential voting system always causes debate and the lead-up to the 2019 federal election was no different. We witnessed heated exchanges about preference deals, inside and outside parliament. Ultimately, though, the numbers that count are the ones the voter chooses to write on the ballot paper. 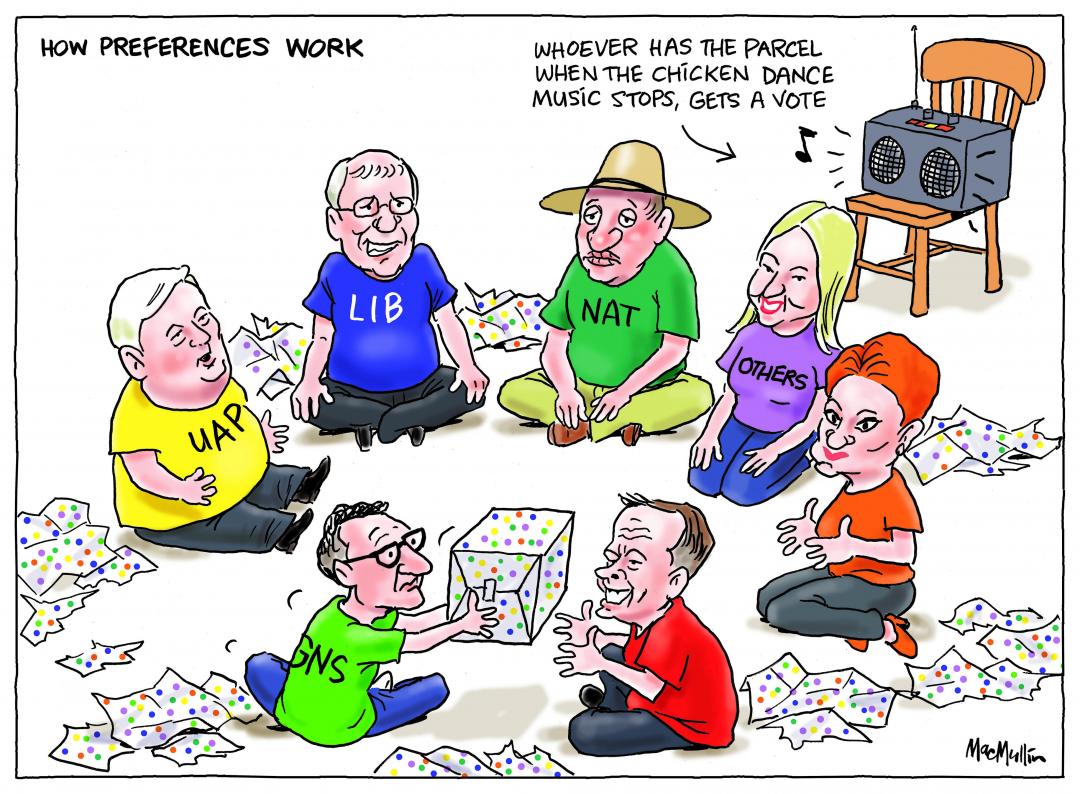