Leader of the National Party from 1990 to 1999 and deputy prime minister from 1996 to 1999, Tim Fischer was remembered by both sides of politics on his death. In this cartoon, Sean Leahy marks one of Fischer’s most difficult and brave policy choices given the rural base of his party. Following the Port Arthur Massacre in 1996, Fischer stood with the then prime minister John Howard to introduce tougher gun controls. 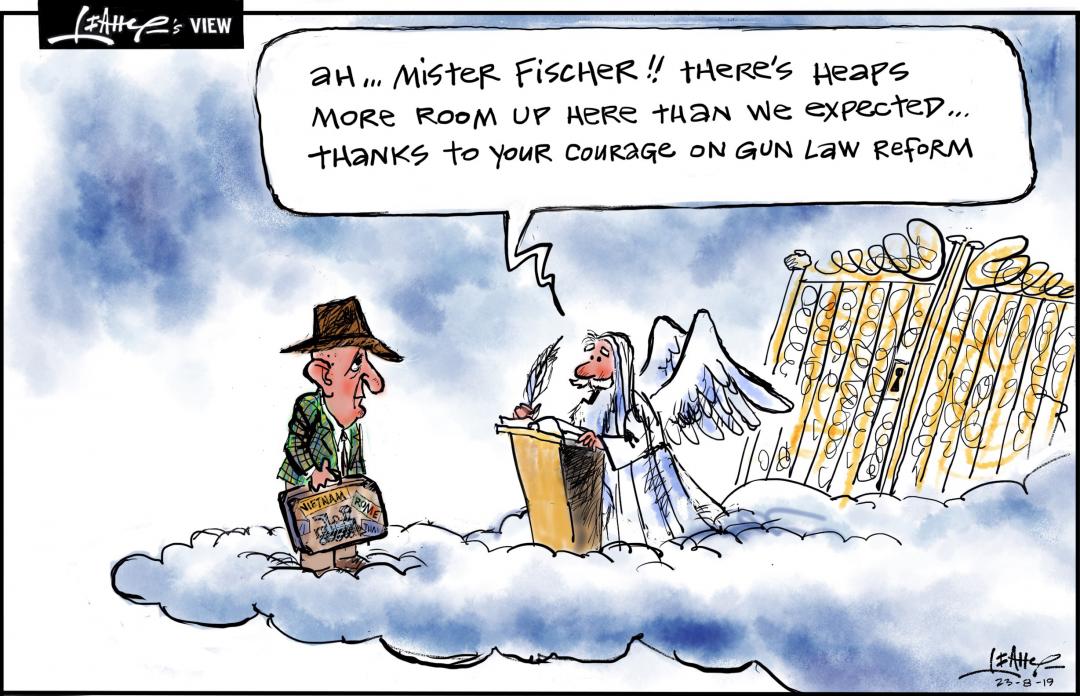