Tensions with Australia’s neighbours surfaced at the Pacific Islands Forum in August 2019 over actions on climate change. With a publicly stated intention to ‘step-up’ in the region, Australia’s responses at the forum caused disappointment. David Pope captures this misalignment with a small step being gifted to the islanders standing in water caused by rising sea levels. 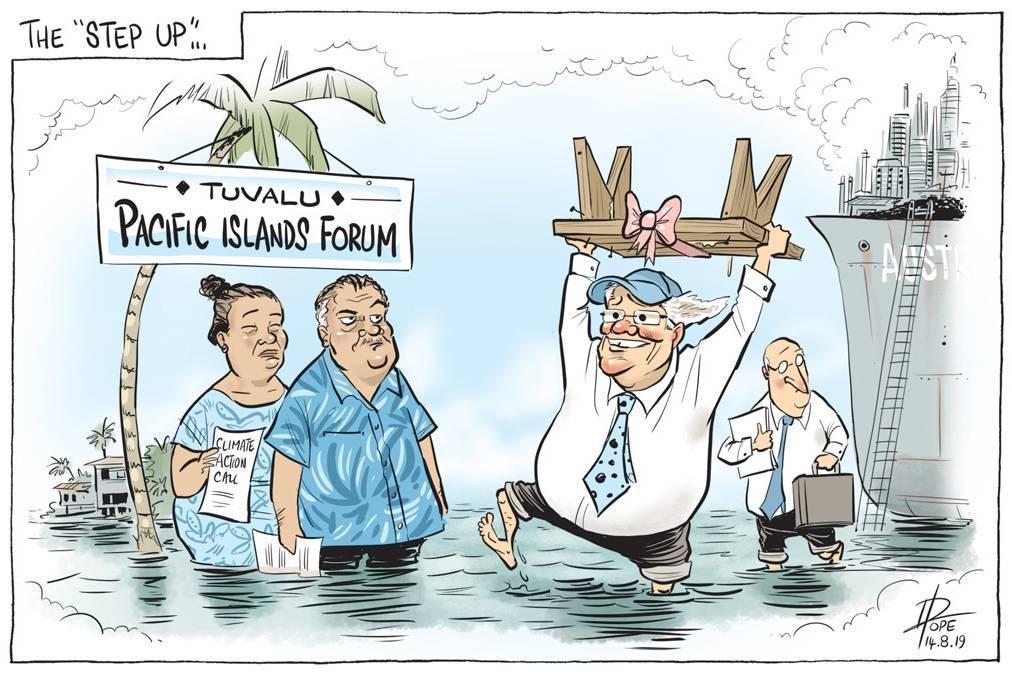