WEG’s 1983 cartoon has Bob Hawke sitting on the letter box at ‘Nareen’, the country property of former prime minister Malcolm Fraser. The ALP won the 1983 election with a swing of 4% and returned to parliament with a 25-seat majority. Cartoonist William Ellis Green (1928 – 2008), who signed himself WEG, worked for The Herald in Melbourne for 39 years and created the iconic Victorian Football League Premiership posters from 1954 to 2008. 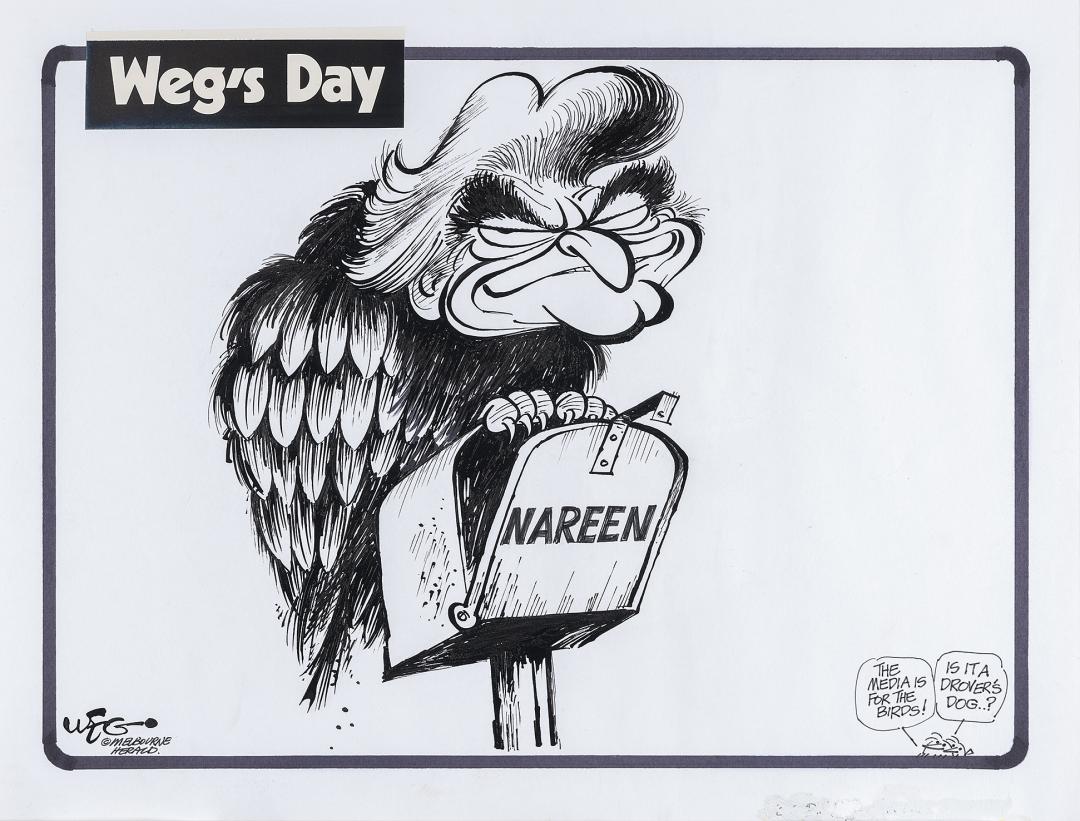