In space no-one can hear you wheeze

In 2022, despite high vaccination rates, COVID-19 remained inescapable – both metaphorically and literally. In January the Omicron variant raged across the eastern states and eventually into the west. Australians became accustomed to case numbers that, just a year earlier, would have been described as astronomical.

The surge of cases saw thousands of people forced into isolation, causing supply chain disruptions. And a shortage of rapid antigen tests only made things worse. Despite this, mask mandates and other public health measures were swept away.

A winter wave of Omicron subvariants destroyed any illusions of herd immunity emerging as a long-term solution. Meanwhile, Australians were being encouraged to get their third and fourth doses of the COVID vaccine. 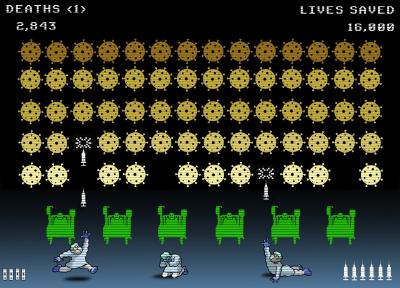 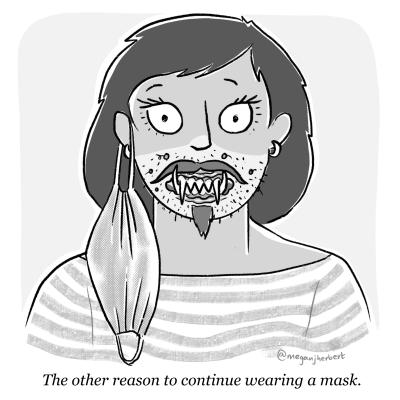 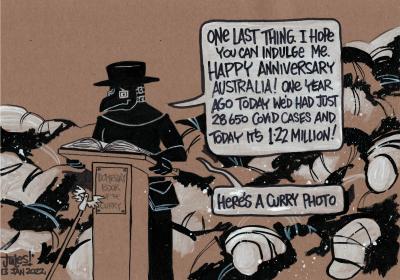 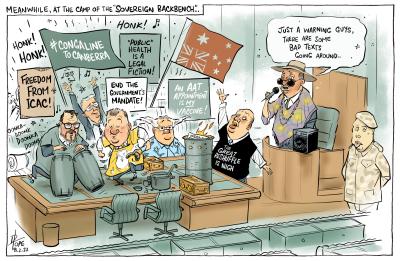 Camp of the Sovereign Bench 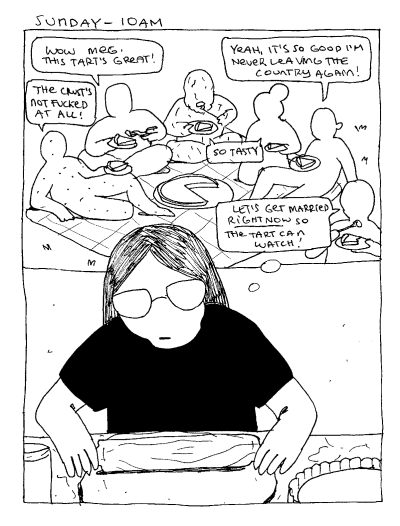 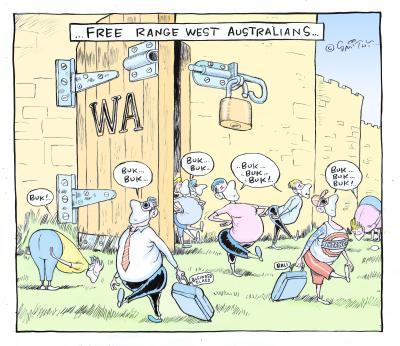 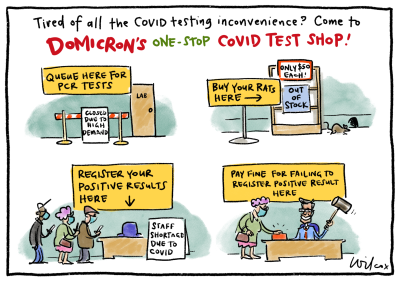 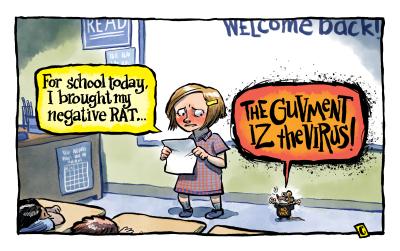 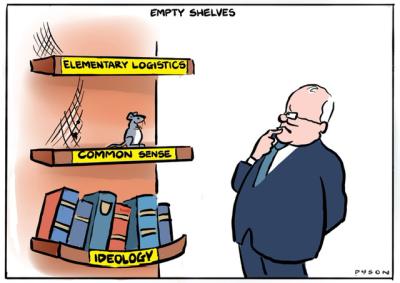 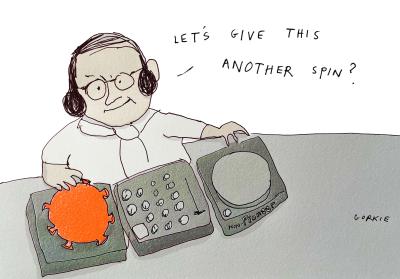 Let's Give This Another Spin 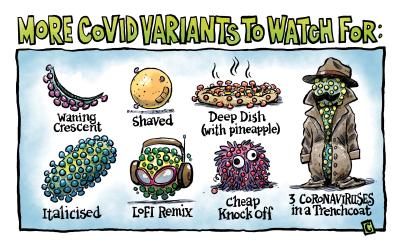 First Dog on the Moon, The Guardian Australia, 8 June 2022