Though part of China, Hong Kong enjoys a degree of autonomy under the ‘one country, two systems’ policy. In 2019 a proposed extradition bill triggered a wave of pro-democracy protests. In May 2020, with China–US relations already strained, President Trump announced plans to revoke Hong Kong’s favoured trade status. This caused concern for some in the pro-democracy movement. Pope’s take on this recalls the lone protester who faced down the tanks in Tiananmen Square three decades ago. 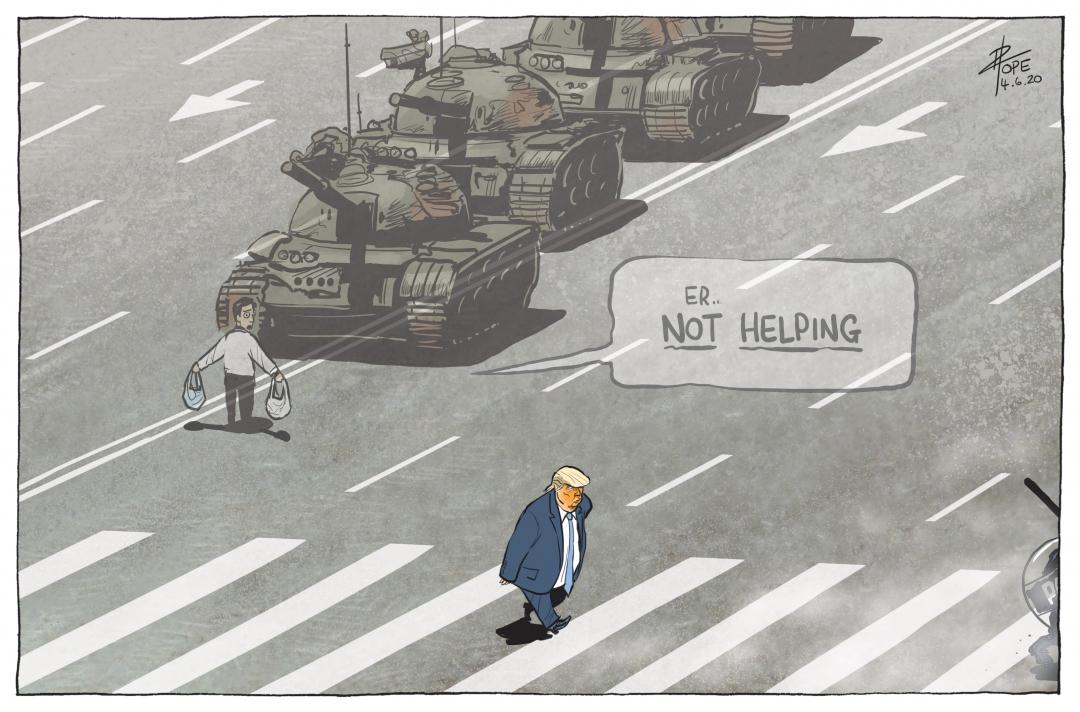