That Australia is a collection of individual states was never more apparent than during the early months of the pandemic. Prime Minister Morrison was left in an unenviable position keeping the federation together as states and territories (both Labor and Liberal) rolled out border restrictions. By August the Constitutional validity of closed borders was being questioned. Just before Moir’s cartoon appeared, the Commonwealth had taken part in a High Court challenge to West Australia’s hard borders. 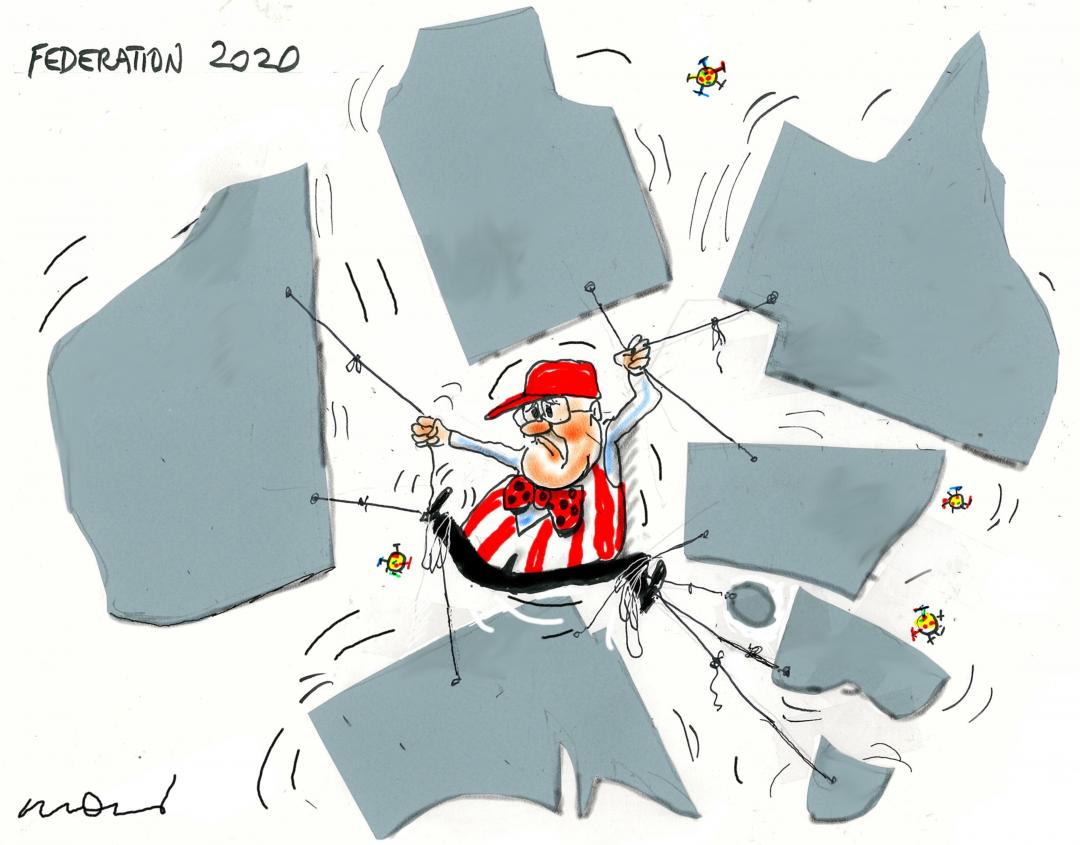