Wilcox’s cartoon plays like a mixed tape of political soundbites from the year. ‘Now is not the time’ was deployed by various politicians to deflect questions about subjects as diverse as climate change, ‘robodebt’ and border closures. ‘I reject the premise’ is a catchphrase that first gained notoriety on the American TV series The West Wing (as Twitter users relish pointing out). It has become for politicians a handy means of evading an unwanted question. 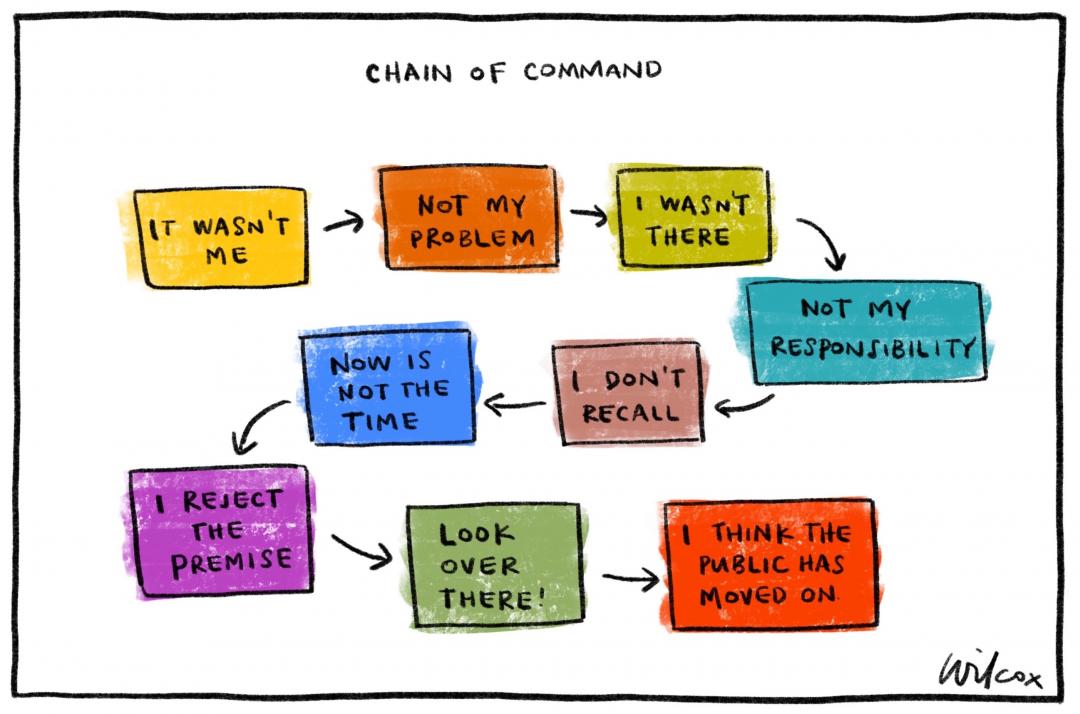