Claiming victory on the night of the election, the Prime Minister Scott Morrison acknowledged his supporters as ‘the quiet Australians.’ There has been much debate about the meaning and implications of this phrase. Here cartoonist Fiona Katauskas plays with the concept of ‘the quiet Australians’ as public servants, journalists and whistle blowers who have been silenced. 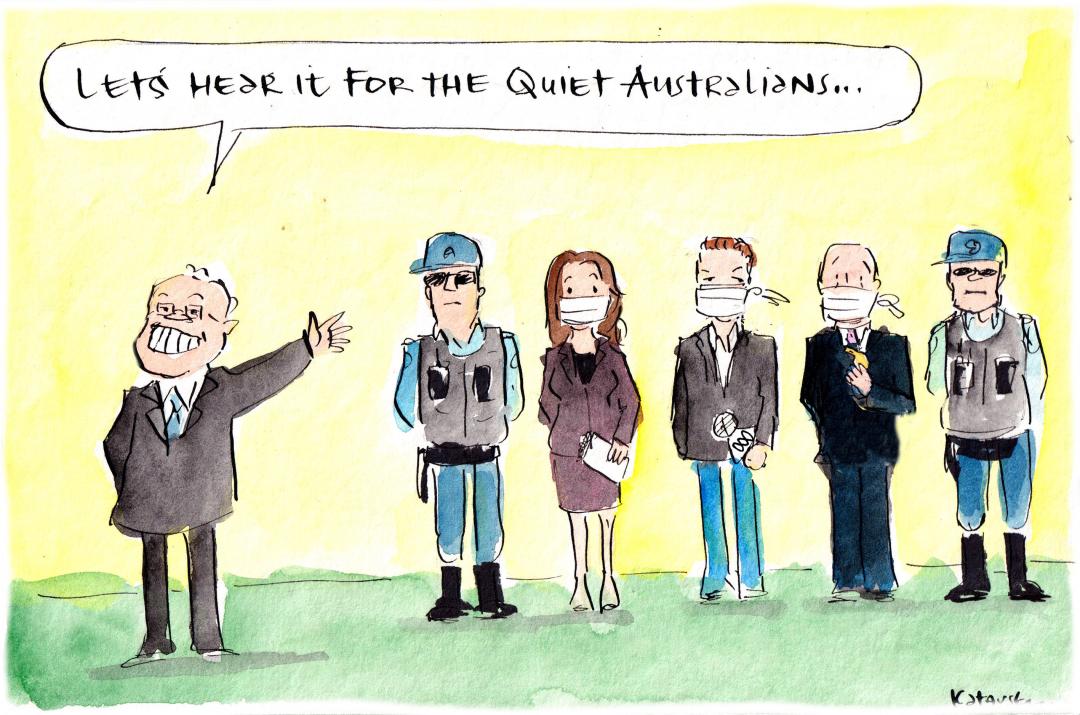