The Thin Edge of the Wedge

Controversy raged over the case of a Tamil family’s right to stay in the small central Queensland town of Biloela. The Department of Home Affairs and the Federal Circuit Court ruled they were not refugees, and so could not stay in Australia. The people of Biloela, refugee advocates and Alan Jones called for the family to be allowed to remain. The two daughters of the family depicted in Alan Moir’s cartoon were born in Australia. 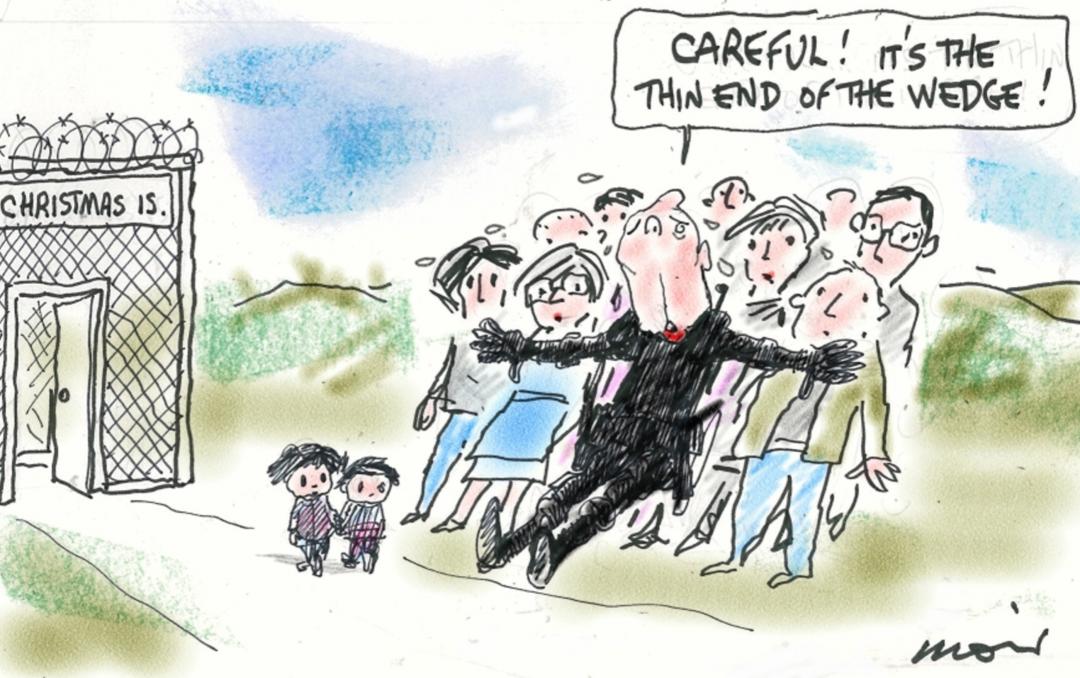