The trend for citizens to vote early continued at the 2019 election, leading to speculation about the possible impact on the outcome. Here, Jon Kudelka instead speculates on the likely impact of those who haven’t yet voted. He also wraps in a cultural reference to Edvard Munch’s 1893 painting The Scream as the last voter wakes from his dream. 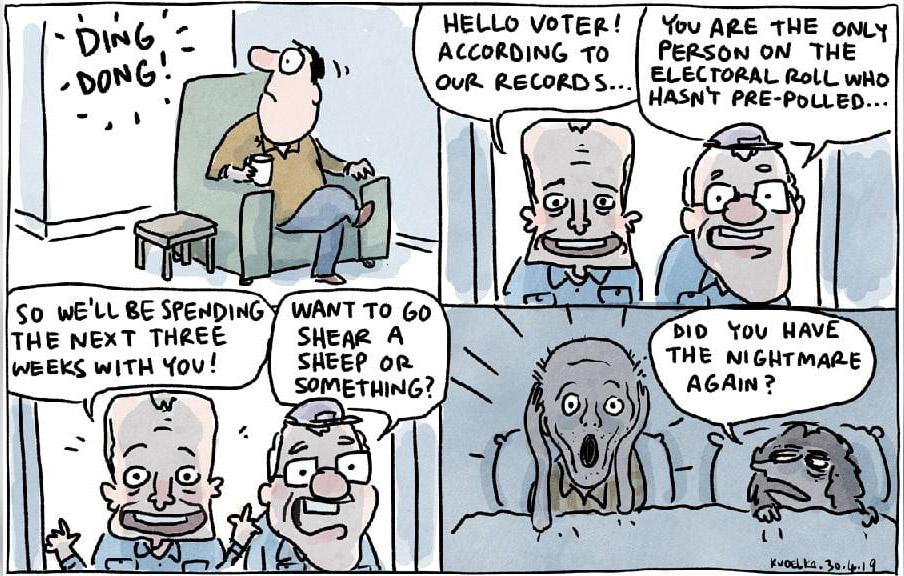