Jon Kudelka adroitly summarises the last few years of politics as well as the fallout from the 2019 federal election. While the coalition was returned to government, the former prime minister Tony Abbott lost his seat. After the ALP election defeat, the Leader of the Opposition Bill Shorten stepped down to be replaced by Anthony Albanese. 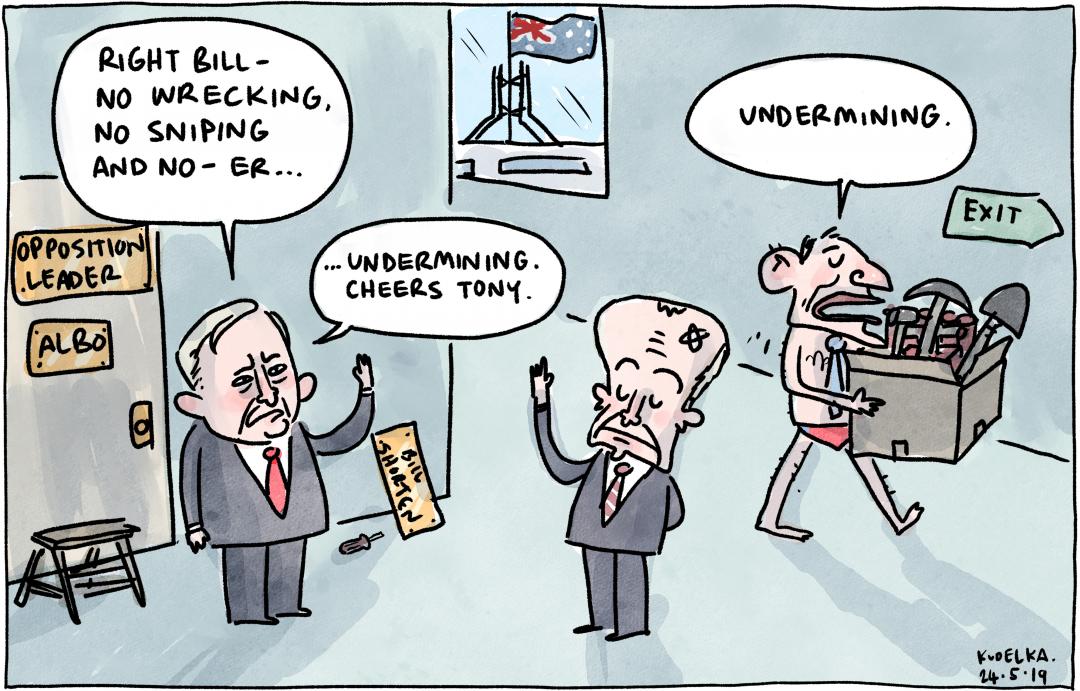