The safety of recently built apartment blocks remains a live issue across the country. Residents of apartments in Sydney have been evacuated and many face large bills to fix building faults. Jon Kudelka ponders the use of flammable materials to clad some buildings in Australia. Audits have revealed that many private dwellings have similar cladding to that on the Grenfell Towers in London, where fire caused 72 deaths in 2017. 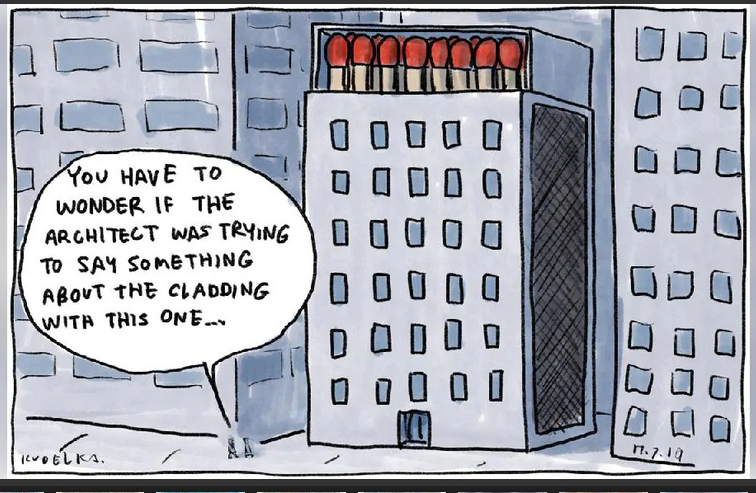