Dinner with a Twit

In September 2019 Prime Minister Scott Morrison was the guest of US President Donald Trump in Washington. The visit included a state dinner. President Trump is well-known for using Twitter to air his true views on issues and people. Jon Kudelka imagines how Prime Minister Morrison could find out what’s really going on – in real time – during his conversations with the President. 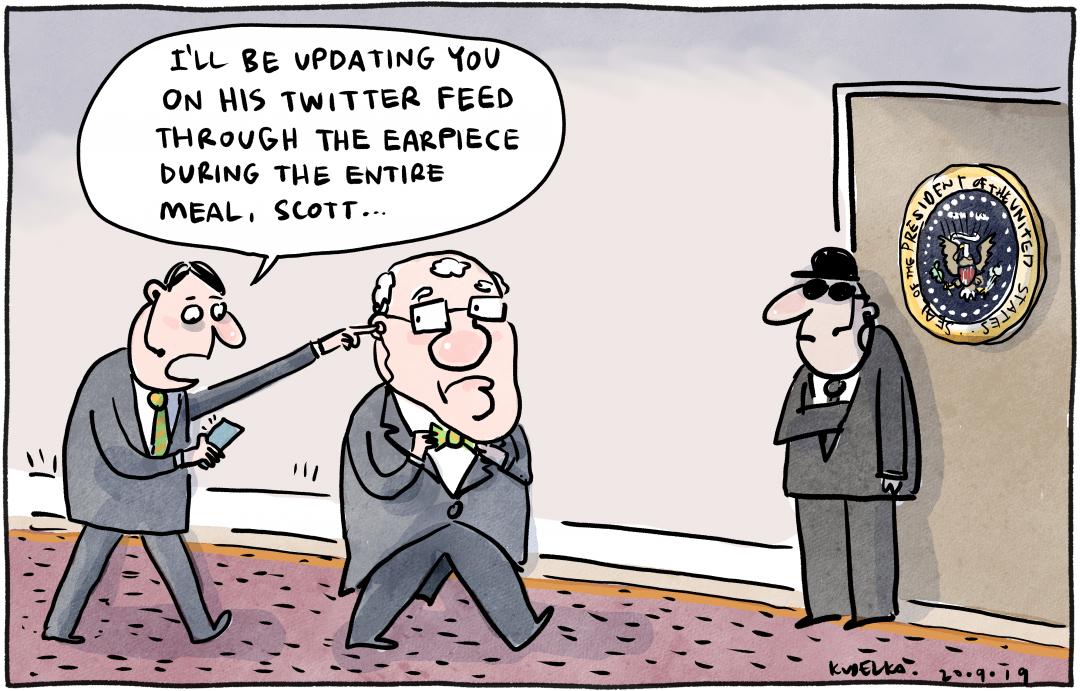