Every year, the Museum of Australian Democracy asks a guest curator to select a series of cartoons addressing a topical issue in Australian politics. This year, Kurdish-Iranian author, activist and journalist Behrouz Boochani has selected and responded to cartoons that span 21 years of Australia’s asylum seeker policies, including the Tampa affair, the Pacific Solution and Operation Sovereign Borders.

When the Norwegian freight ship MV Tampa, carrying 433 Afghan refugees fleeing the Taliban, was refused entry to Australia in 2001, it marked a profound change in Australia’s policy on asylum seekers. In that year’s federal election, Prime Minister John Howard declared: ‘We will decide who comes to this country and the circumstances in which they come’.

Having fled Iran in 2013, Boochani was detained at the Manus Regional Processing Centre for six years. He fought to draw attention to the appalling conditions he described as appalling in the centre, from which journalists and human rights advocates were banned.

Boochani wrote his award-winning 2019 memoir No Friend But the Mountains: Writing from Manus Prison on a mobile phone while being held in detention. He now lives in New Zealand, where he was granted refugee status in 2020. 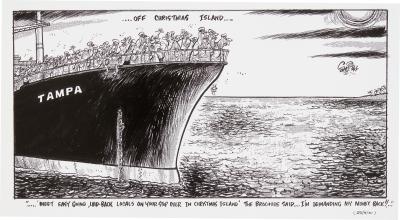 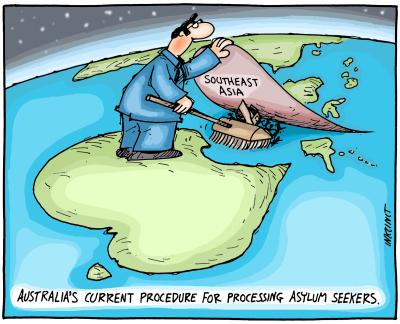 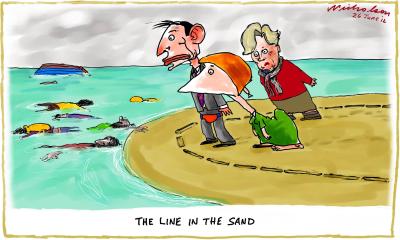 The Line in the Sand 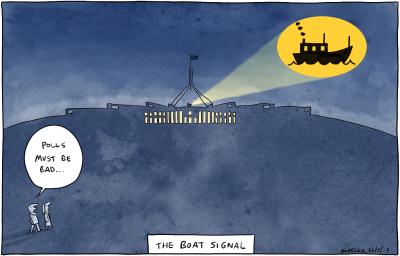