When Premier Dan Andrews declared a ‘state of disaster’ on 2 August, one of the world’s ‘most liveable’ cities entered Stage 4 lockdown. Some restrictions had already been in place in Melbourne since 8 July, to combat the emerging second wave of the virus. The border was closed, and Prime Minister Scott Morrison stated: ‘We are all Victorians now.’ Looking deeply worried in this cartoon, Andrews was heavily criticised by some in the media and the wider community. 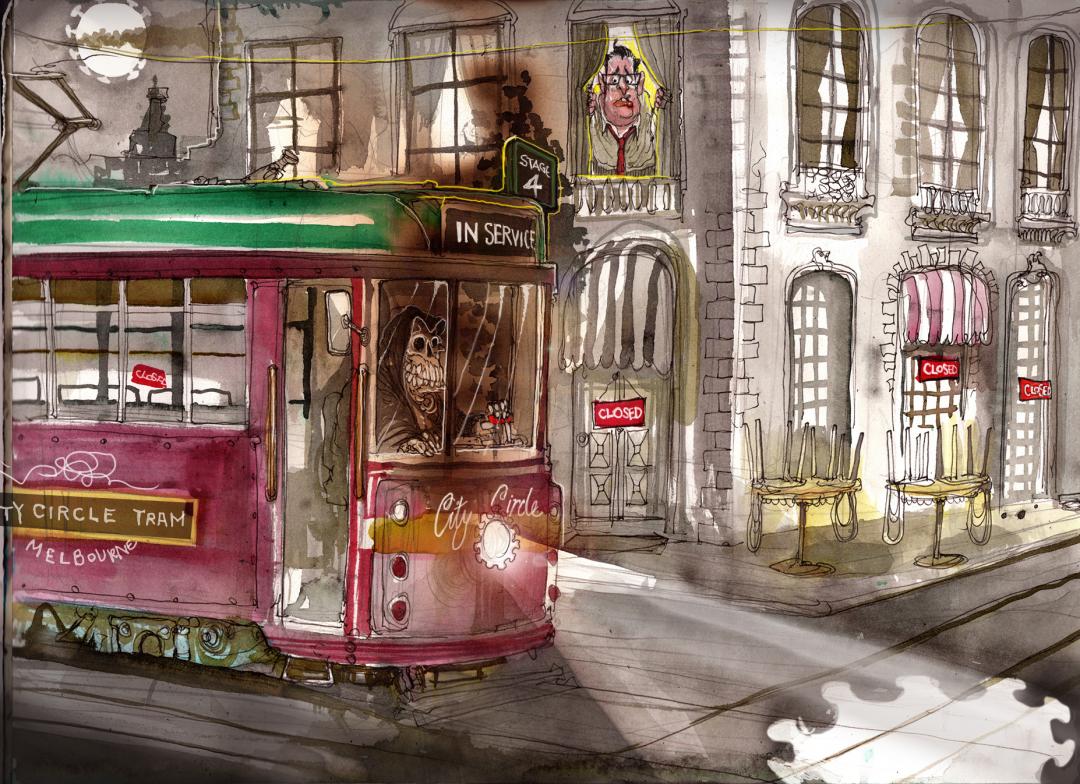