The Ghost of Kevin

In the wake of the 2008 Global Financial Crisis, the Rudd Labor government was heavily criticised by Coalition politicians for two economic stimulus packages totalling over $50 billion. Cash injections into the economy were prioritised, including $950 for every taxpayer earning less than $80,000. Shakespeare delights in pointing out the irony of Prime Minister Scott Morrison’s cash splash to avert economic calamity in the early months of the pandemic. 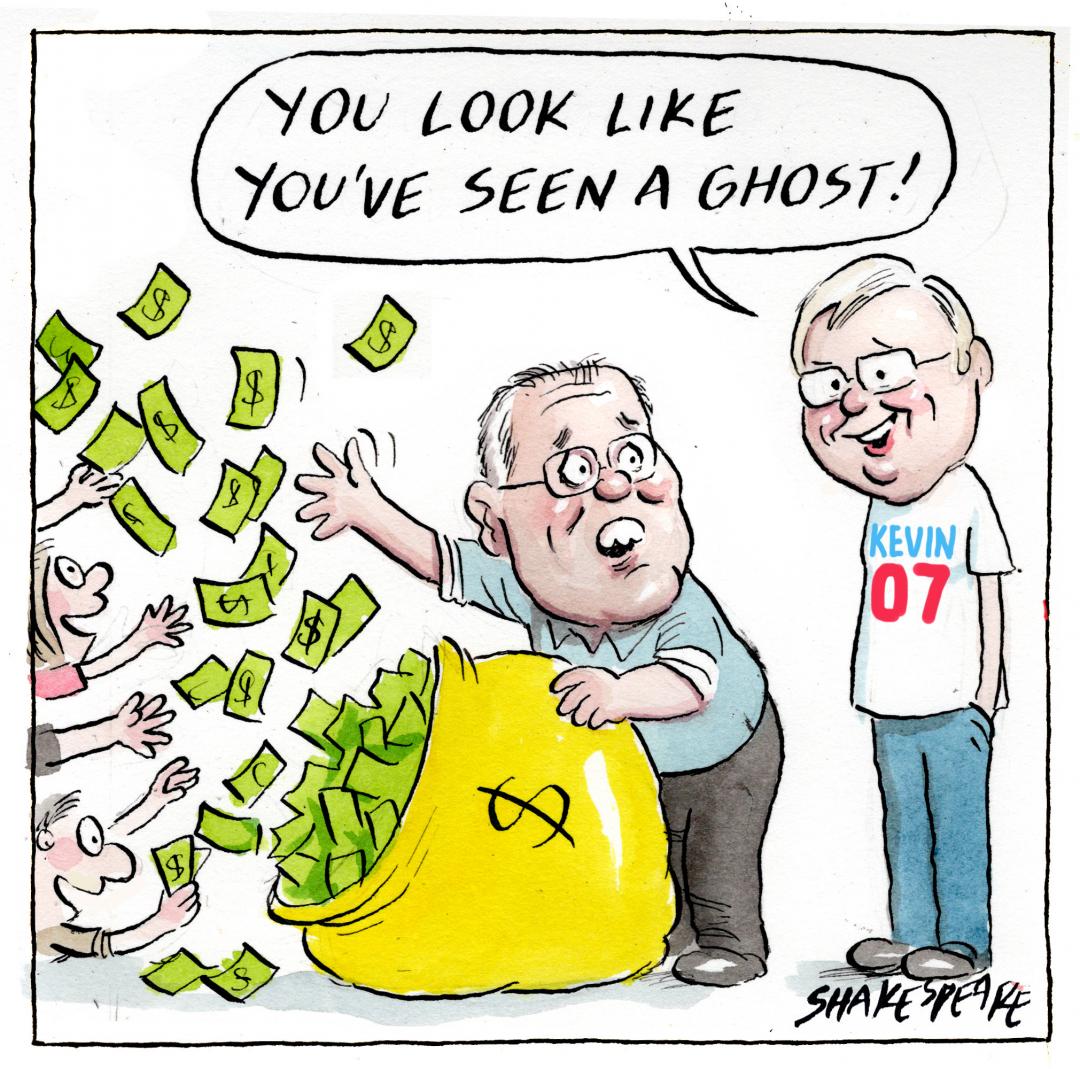