First Dog on the Moon finds hope amid devastation. Though a harsh critic of those in power, he also uses his pen to remind us of the best in people. The New South Wales Government really did use helicopters to drop thousands of kilograms of sweet potato and carrots to endangered brush-tailed rock-wallabies, First Dog’s grim statistics were superseded by a mid-year World Wide Fund for Nature report: nearly 3 billion animals were killed or displaced by the fires. 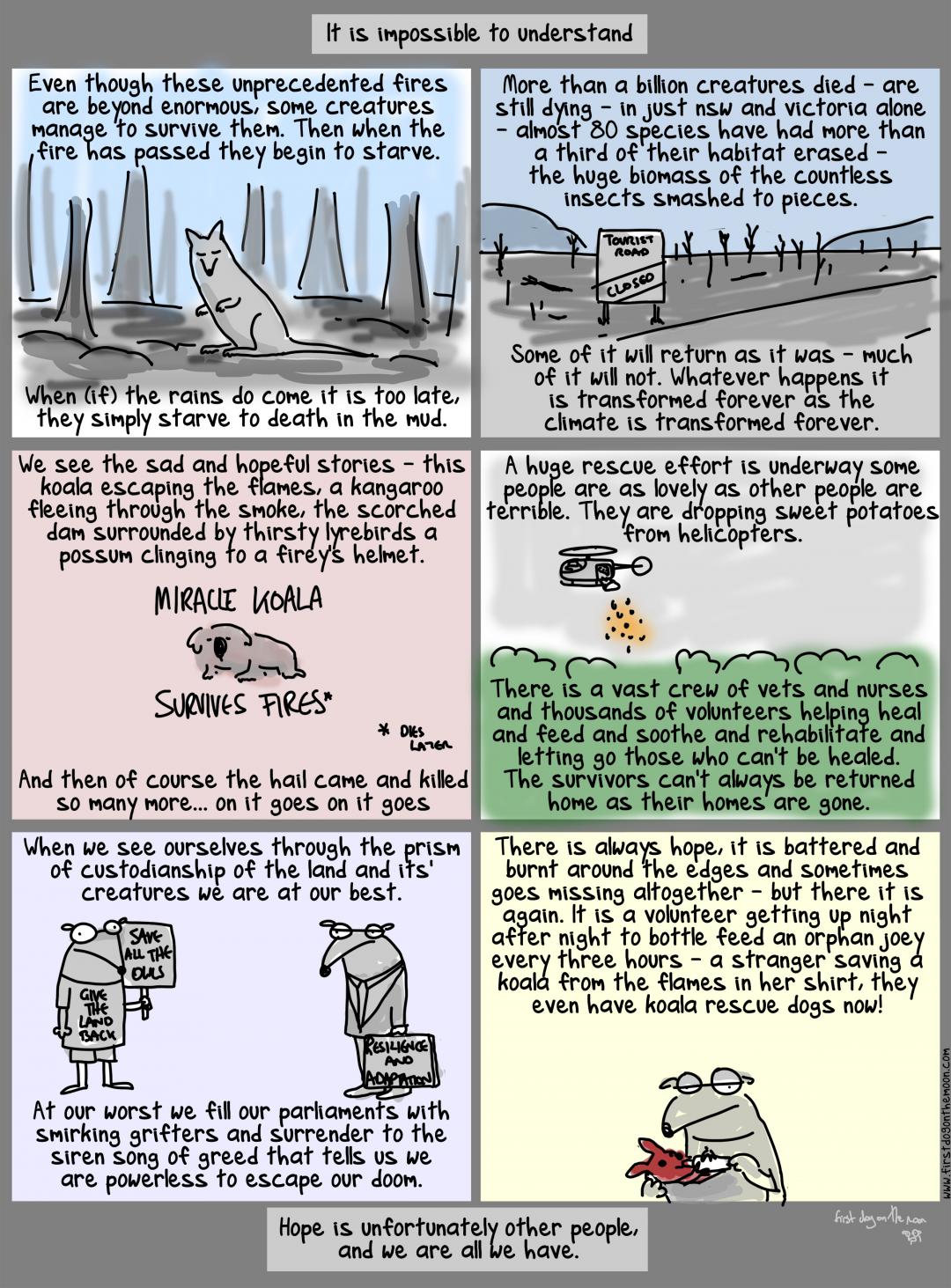