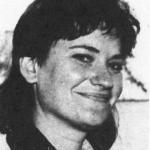 Gaynor Cardew was a Canberra-based printmaker, sculptor and cartoonist, who signed her work ‘Gaynor’. Her cartoons appeared in a range of publications, including government reports and newsletters, privately printed books and, occasionally, The Canberra Times. Several volumes of her own cartoons were also published. She died in 1999, aged 47. 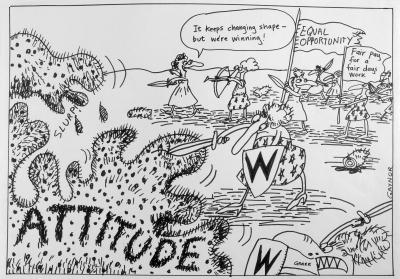