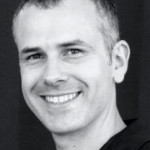 David Follett has illustrated and storyboarded for the advertising, animation, film, gaming, publishing and packaging industries and for numerous children’s books. His comic strip ‘Harry the Dog – NewsHound’ appears weekly in Sydney’s Sunday Telegraph and he has contributed to The Australian, The Weekend Australian and The Daily Telegraph newspapers. His award-winning debut graphic novel Uncle Silas: Genetis was published in 2010, and work on the sequel Uncle Silas: Earth is currently underway. Follett freelances through Watermark Creative out of Sydney and New Zealand.

Bob to the Rescue