As the world got used to meeting on-screen, a ‘war cabinet’ was created to ensure an integrated national response to the pandemic. The National Cabinet brought together the prime minister, state premiers and territory chief ministers via a series of regular video conferences. Its success contributed to the decision in late May to replace the Council of Australian Governments (COAG) with a new body, the National Federation Reform Council, which would include the National Cabinet. 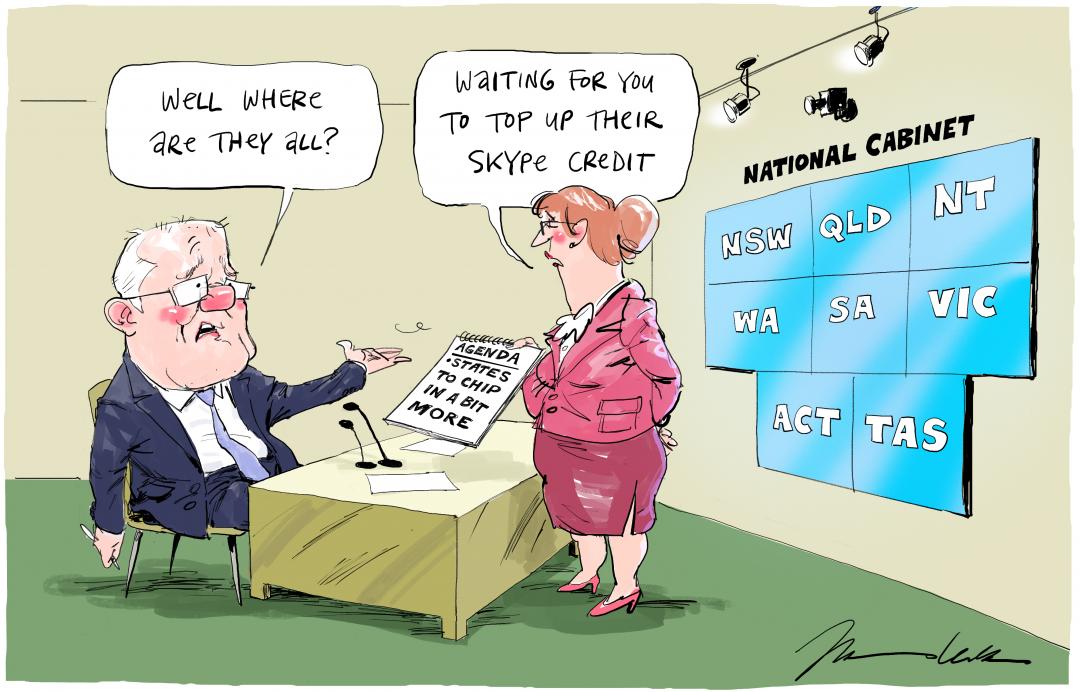