Here’s Your Ball Back

Despite being an outspoken critic of border closures, New South Wales Premier Gladys Berejiklian shut the state’s border with Victoria at 12.01 am on 8 July. The Victorian second wave created great alarm for neighbouring states, and the border closures made life difficult for people living in towns near the border and for residents of the Australian Capital Territory. 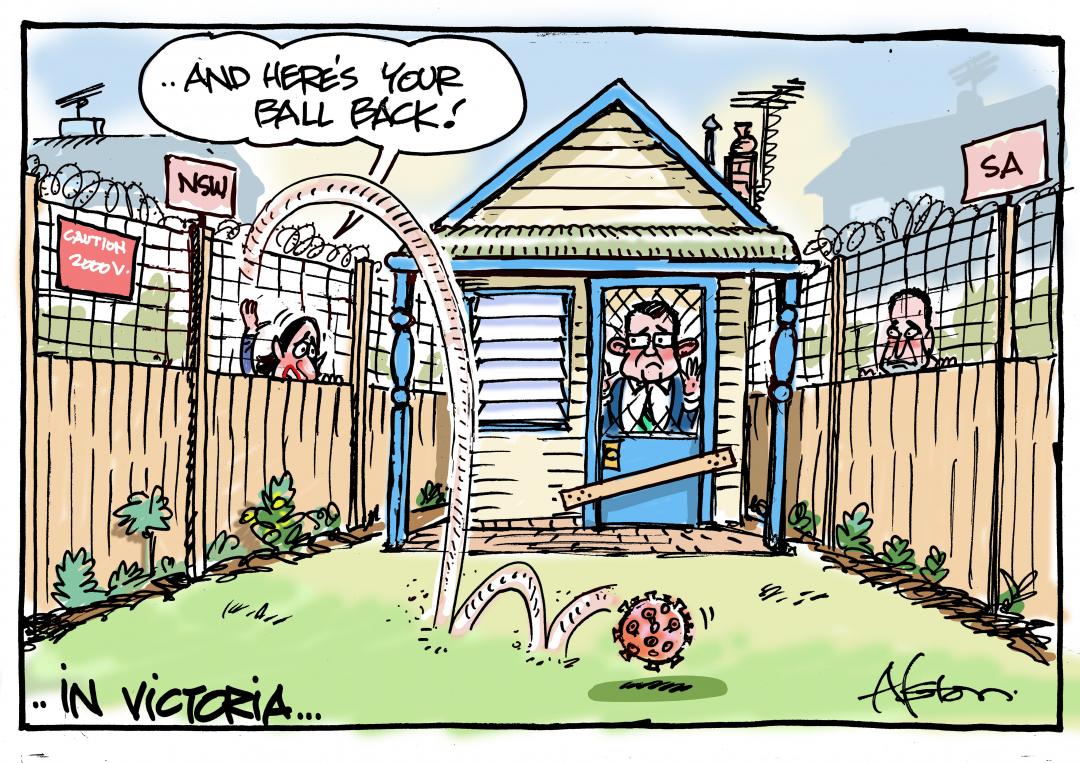