Knight’s ‘odd couple’ — ACTU Secretary Sally McManus and Prime Minister Scott Morrison — sit awkwardly together in a fairground ride. In May the unions and the government found common ground in their desire to maintain employment levels in the face of the pandemic. As a goodwill gesture, the government agreed not to seek another vote on its ‘union-busting’ legislation. And Industrial Relations Minister Christian Porter was put in charge of developing a ‘JobMaker’ wage subsidy scheme. 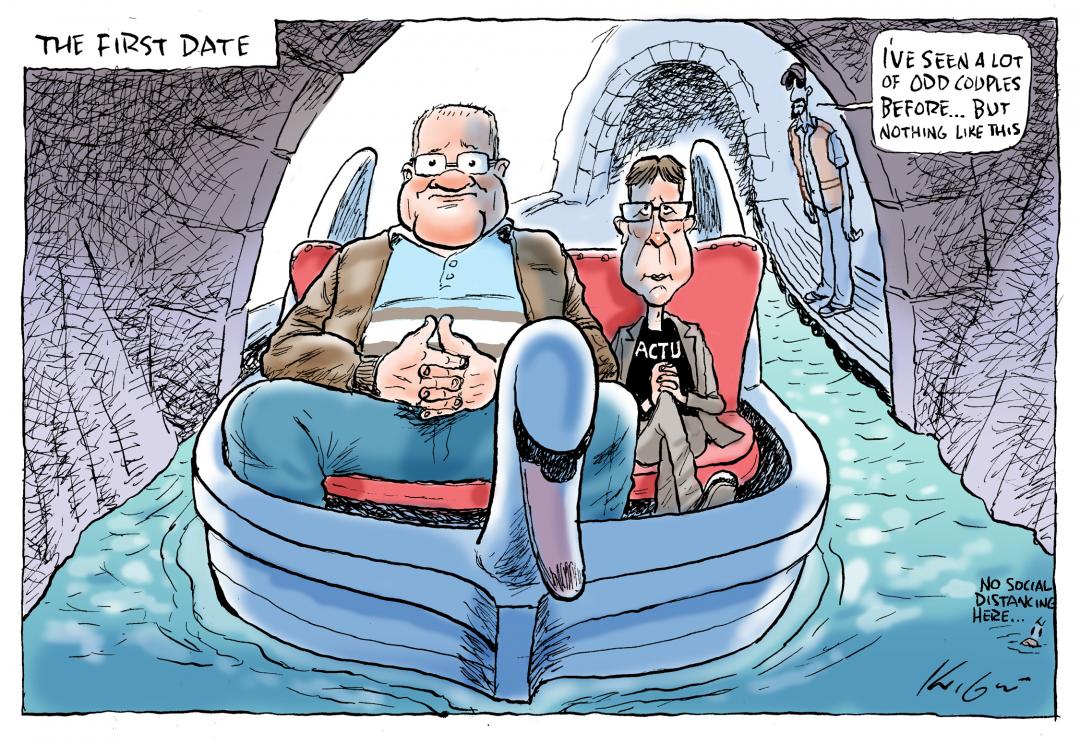