The Underpants of Democracy

Political cartoonists don’t often get to link underwear and democracy. Here Kudelka alludes to the High Court ruling concerning an Australian Federal Police raid on an investigative journalist’s home. The News Corp journalist had included leaked classified material in an article on the government’s domestic spying plans. Though the search was declared invalid, police were able to keep the material seized, possibly allowing for it to be used in future proceedings against the journalist. 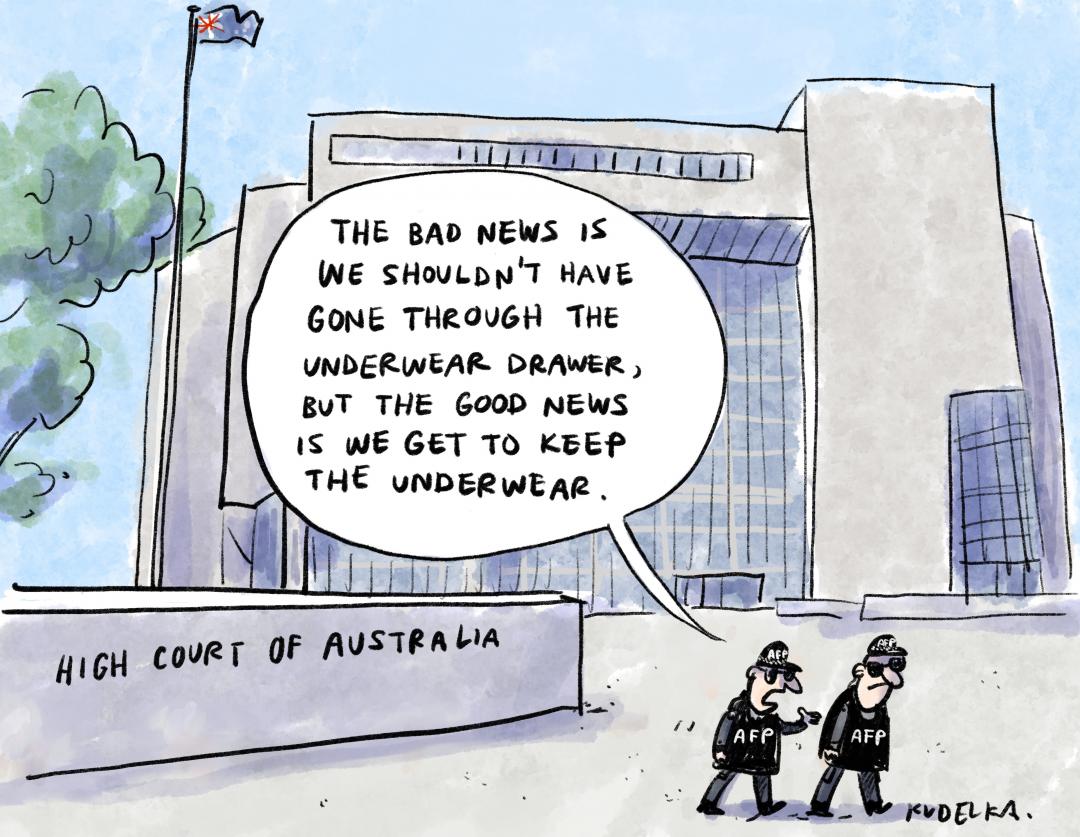