Alan Moir’s cartoon picks up on an issue that captivated both politicians and the public over several months: the royal commission into the banking sector. With the cartoon appearing on the letters page of Fairfax publications, members of the public shared Moir’s view of a banking sector whose reputation was in tatters, and of a prime minister who had clearly come to regret the findings. 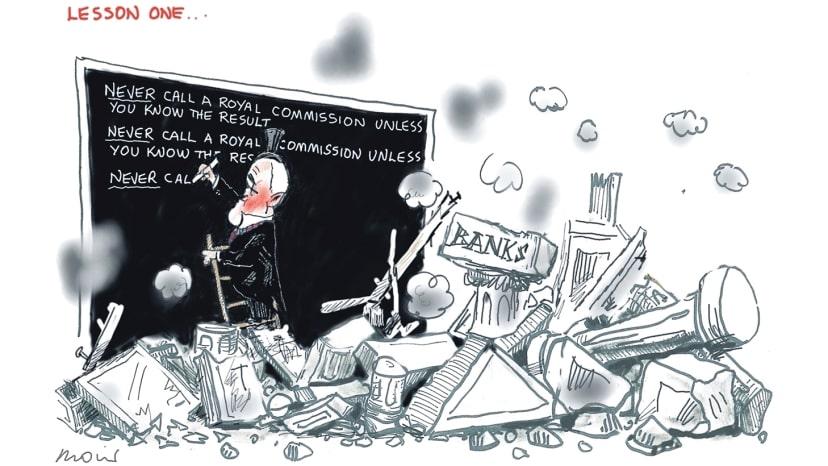