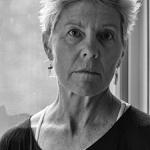 Suzanne White is a caricaturist and cartoonist who grew up in Queensland, then moved to Sydney. She studied at University of New South Wales College of Fine Arts. She won the ‘Artist of the Year’ Stanley Award in 1990; one of the first women to feature in this award since it was established in 1985.

White resigned from the Daily Telegraph-Mirror in 1994 and moved to The Sydney Morning Herald. She won her first Walkley Award in 1996 for her cartoon of Prime Minister John Howard and Treasurer Peter Costello as butchers.

Trained as a painter, Suzanne studied at the School of the Museum of Fine Arts and Tufts University and continues a photography practice with exhibitions around the world. 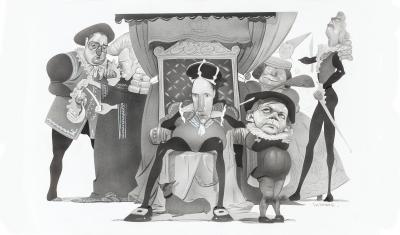 Paul Keating as King, with Attendants