The marriage equality legislation, the Marriage Amendment (Definition and Religious Freedoms) Bill, passed safely through the Senate on 29 November. A week later, it was debated then passed in the House of Representatives. Liberal MP Tim Wilson made history when, during his speech on the bill, he proposed to his fiancé Ryan Bolger. The proposal — and Bolger’s acceptance — was recorded in Hansard. 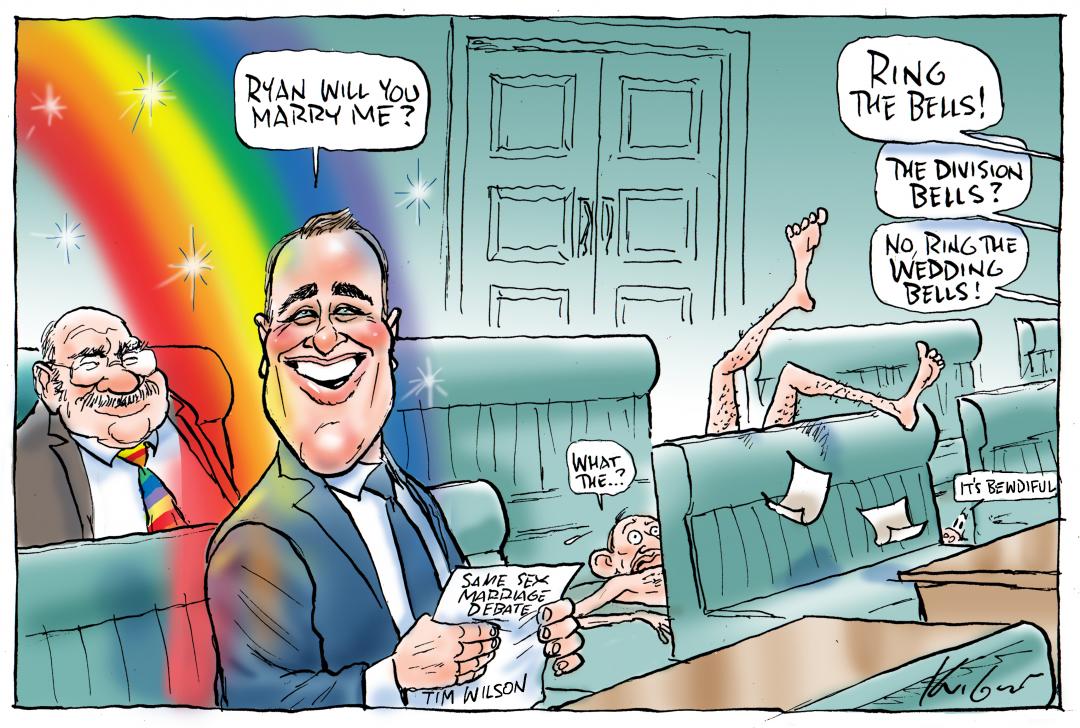