Jon Kudelka cleverly alludes to two issues in one image. The reference to ‘children overboard’ harks back to a political controversy from 2001 in which Howard government ministers alleged that asylum seekers had thrown children overboard in an attempt to secure passage to Australia. The second and much more recent issue involved a stoush between the Minister for Home Affairs, Peter Dutton, and the former Commissioner of the Australian Border Force, Roman Quaedvlieg, over the granting of tourist visas to foreign au pairs. 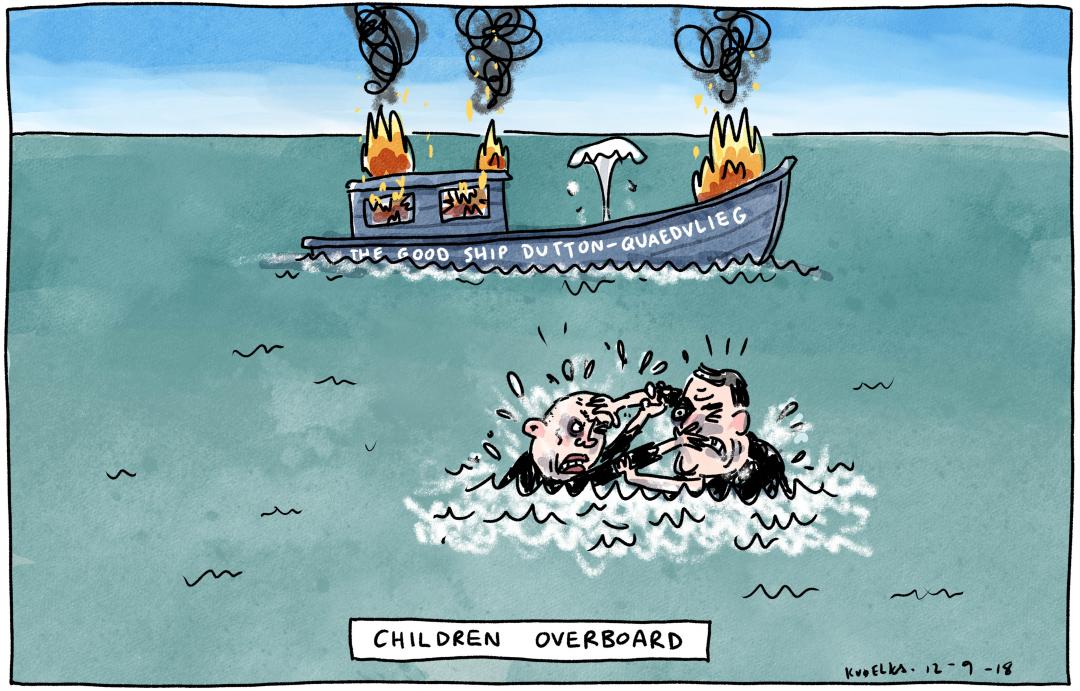