On 20 October voters in Malcolm Turnbull’s former seat of Wentworth went to the polls to elect their new member of parliament. The Liberal Party, and its predecessors, had held the seat since Federation, and only a large swing against the government could lose the seat for it. It soon became clear, however, that the result was very tight and would depend on postal votes. Peter Broelman imagines Turnbull’s postal vote looking quite different from the rest. 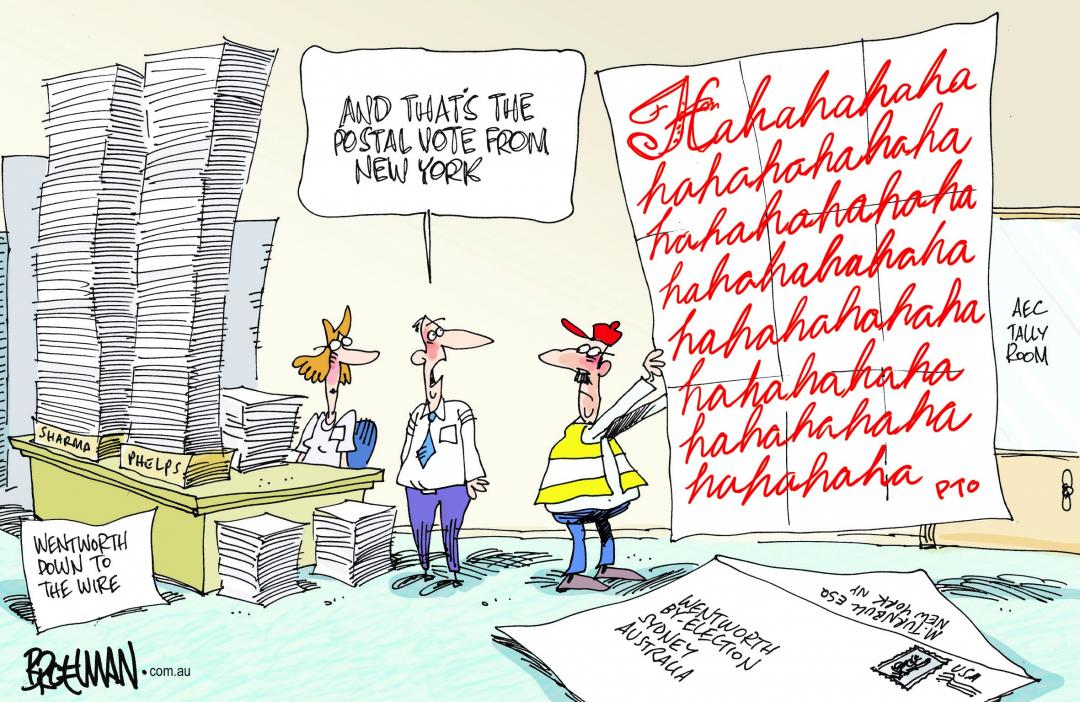