The Art of the Deal

In June The Washington Post published the transcript of the previous year’s notorious phone call between Malcolm Turnbull and President Donald Trump. It revealed that Trump had sought advice from ‘Prime Minister Trumble’ (as he was referred to a couple of times by the White House Press Secretary) about the easiest way to deal with refugees. He expressed admiration for Australia’s policy of offshore detention, saying to Turnbull, ‘You are worse than I am’. 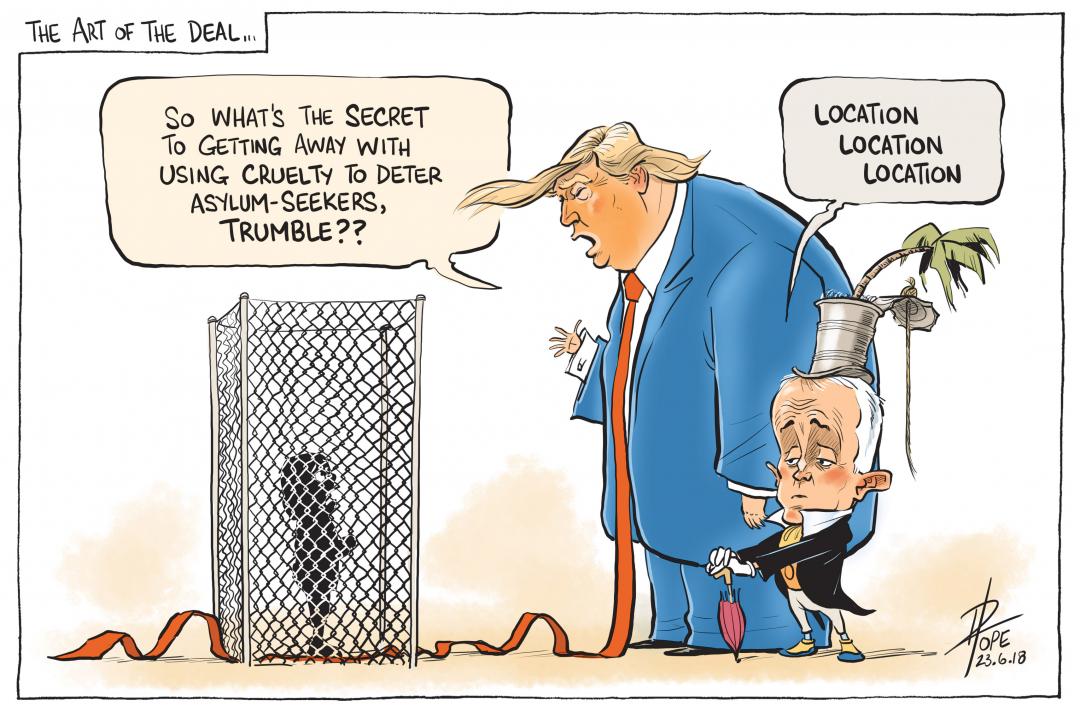