More resignations of MPs and senators in the early months of 2018 resulted in a ‘Super Saturday’ of by-elections on 28 July. Five seats were contested, with the Labor Party polling well in all of them. Seats the Liberal Party had hoped to win — Longman in Queensland, for example — stayed safely with Labor. Peter Broelman’s depiction of Malcolm Turnbull pondering Bill Shorten’s ability to come out on top may not have been far off the mark. 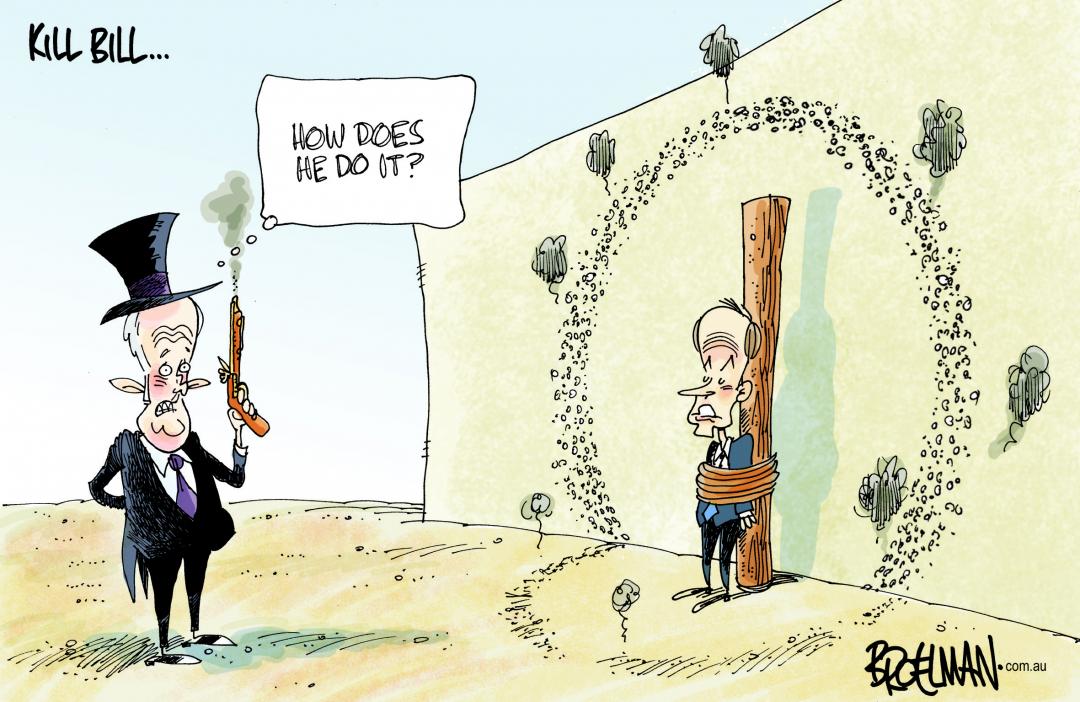