Early in his political career, Malcolm Turnbull became famous for wearing a brown leather jacket on an episode of the ABC show Q&A. Later auctioned off because it had become too big for him, the jacket resurfaces here in Matt Golding’s vision of Turnbull, no longer prime minister, happily donning the item as he leaves politics behind him. 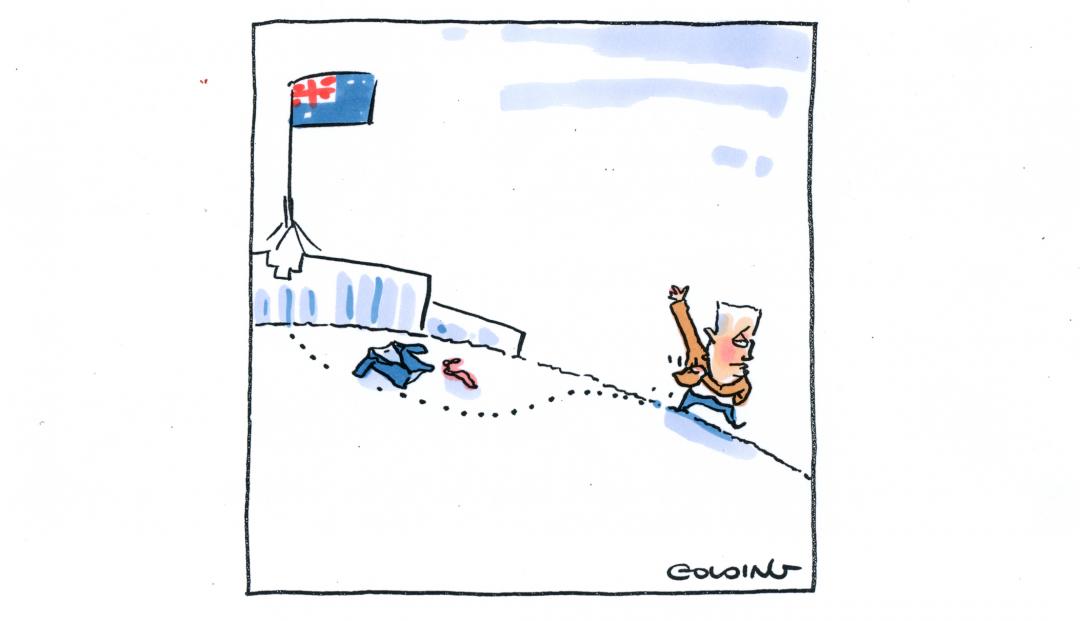