This is one of the more visually arresting cartoons of the year, illustrating the pressing needs of Australia’s tangled electricity conundrum. The snowy booster depicted by Matt Golding is the concept of the ‘Snowy 2.0’ scheme, which was first put to the Prime Minister less than two weeks before the multi-billion-dollar project was announced.

A visual metaphor is a symbol that stands for something else. In this case, the power board is the symbol. What do you think it stands for? What might happen next in this cartoon? 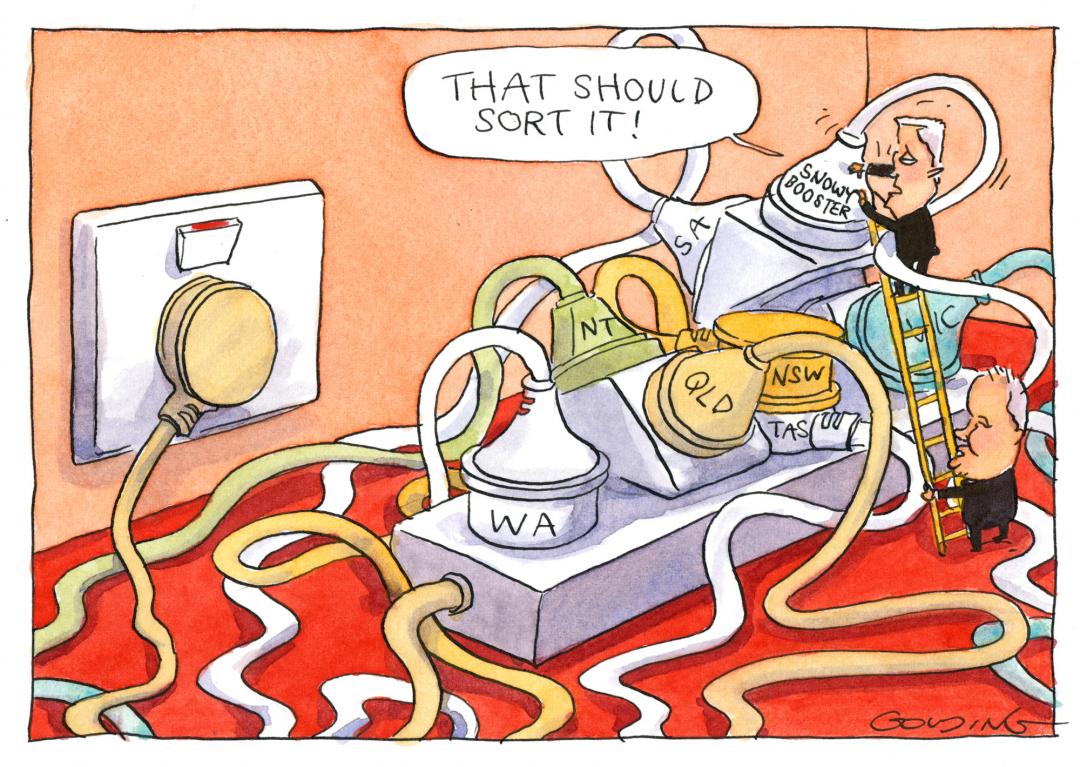