A federal government proposal to modify Section 18c of the Racial Discrimination Act 1975 on Harmony Day led to a spirited debate in parliament and in the media over just where to draw the line between the tradition of free speech and racist commentary. The proposed changes were eventually defeated in the Senate. 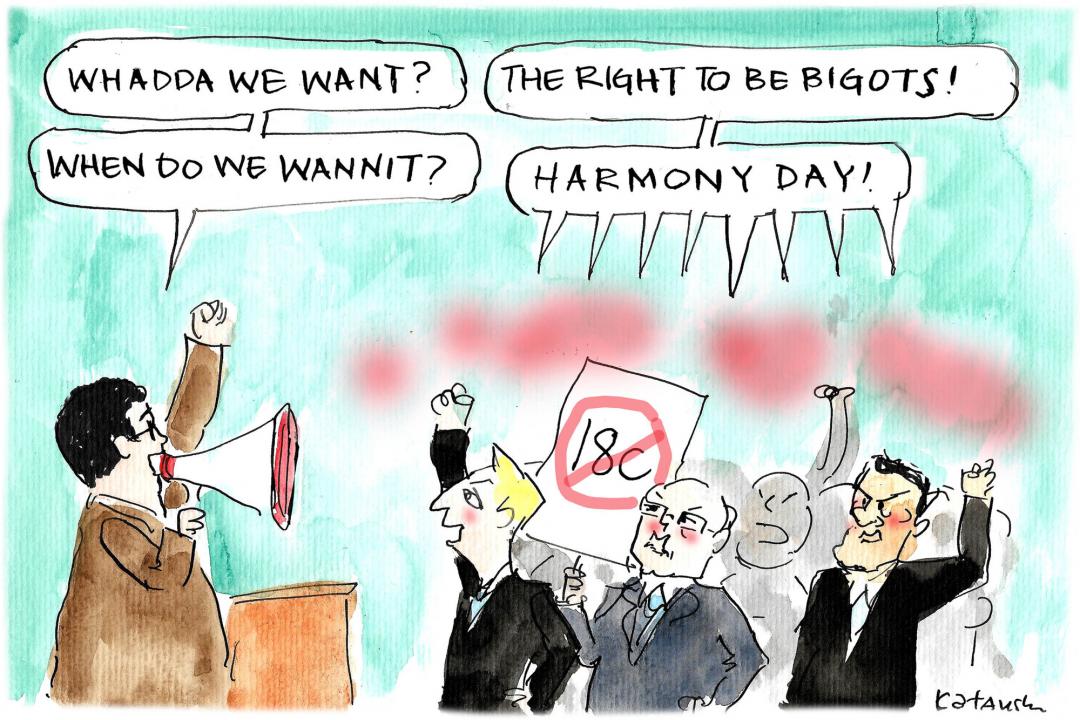