Proposed changes to Section 18c of the Racial Discrimination Act 1975 centred around whether people had a right not to be offended and, if they were, whether that amounted to discrimination. The Government proposed that the Act’s existing words ‘offend, insult and humiliate’ be replaced with ‘harass and intimidate’. Malcolm Turnbull suggested that the changes struck ‘the right balance, defending freedom of speech so that cartoonists will not be hauled up and accused of racism, so that university students won’t be dragged through the courts …’. 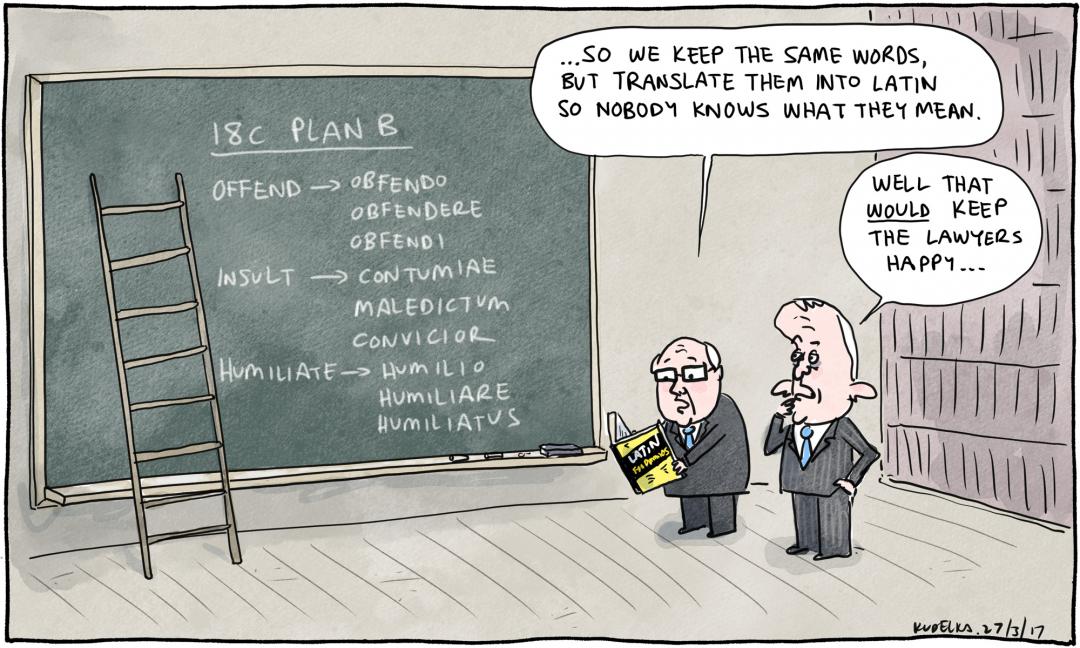