Since Malcolm Turnbull regained leadership of the Liberal Party and won the prime ministership, he has been forced to accommodate a variety of views within his party. These are often at odds with his previously-stated opinions, and deal with his increasingly vocal predecessor, Tony Abbott. While some see this as simply coping with the reality of the factions that make up any political party, others have asked who the real Turnbull is. Alan Moir explores these different ‘Malcolms’ and the ever-present Abbott. 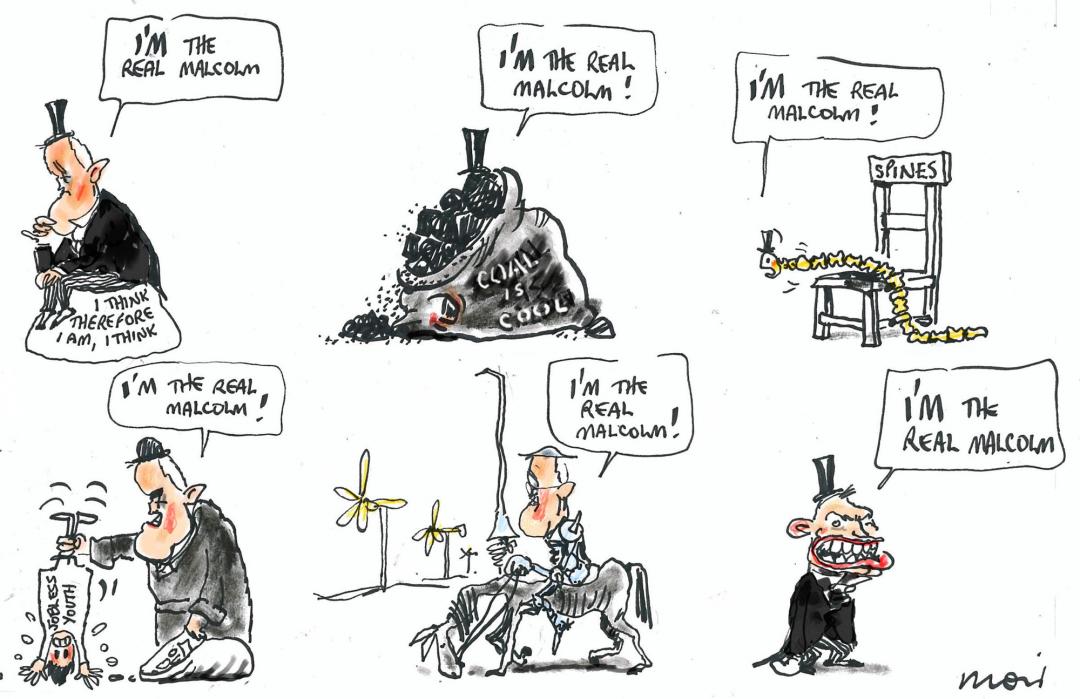