In February, Senator Cory Bernardi defected from the Liberal Party and established his own party, the Australian Conservatives. The South Australian Senator criticised his colleagues for ‘failing the people of Australia’. David Rowe depicts Bernardi rowing beside those colleagues who make up a motley crew of the good ship Liberal, which has ground to a halt as the support of voters has dried up. While some scheme below deck others, like National Party Member of Parliament George Christensen, swing boldly up front.

Cartoonist of the Year, David Rowe, has a very distinctive style. Look closely at his other cartoons in this section. What kinds of tools do you think he uses? How would you describe his style? 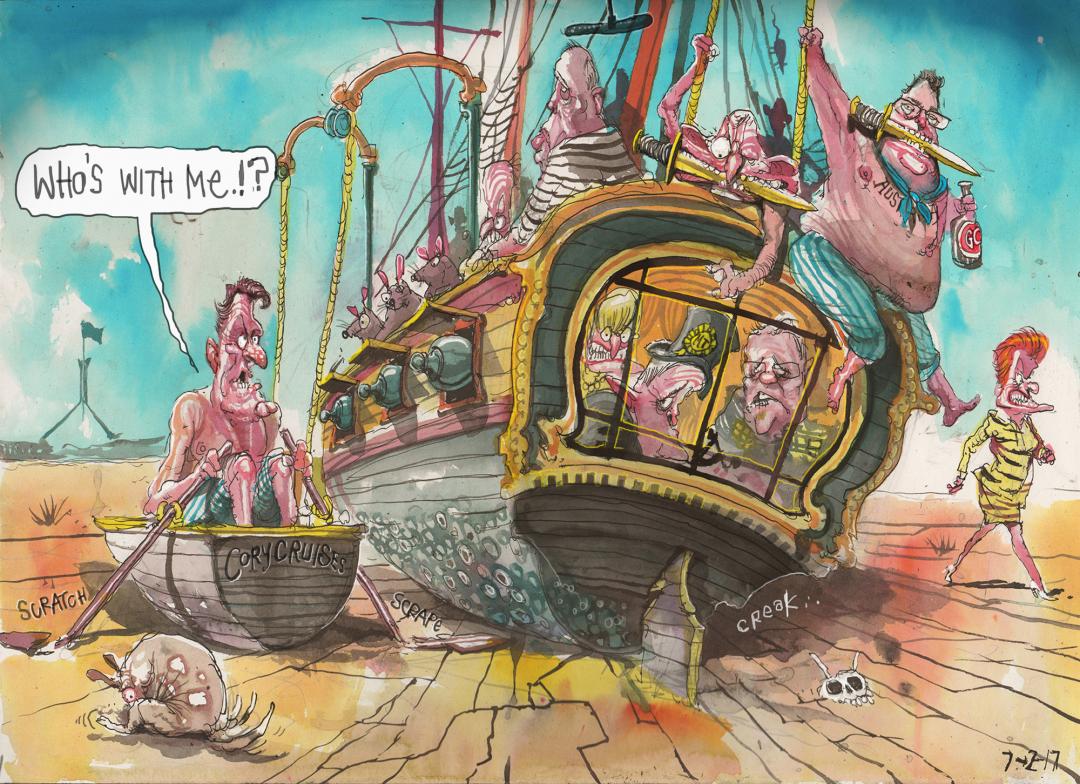