Here we see Tony Abbott as a sniper – which is in contrast with his final statement as prime minister when he said that, in the future, ‘there will be no wrecking, no undermining, and no sniping’. David Rowe says of the ‘NO’ clipped into Abbott’s chest hair that it ‘is a recurring motif which I started when he first became opposition leader and just carried on using it because it really fits with so many things. Initially it was about some military funding but it’s particularly resonant at the moment with his position on marriage equality’. 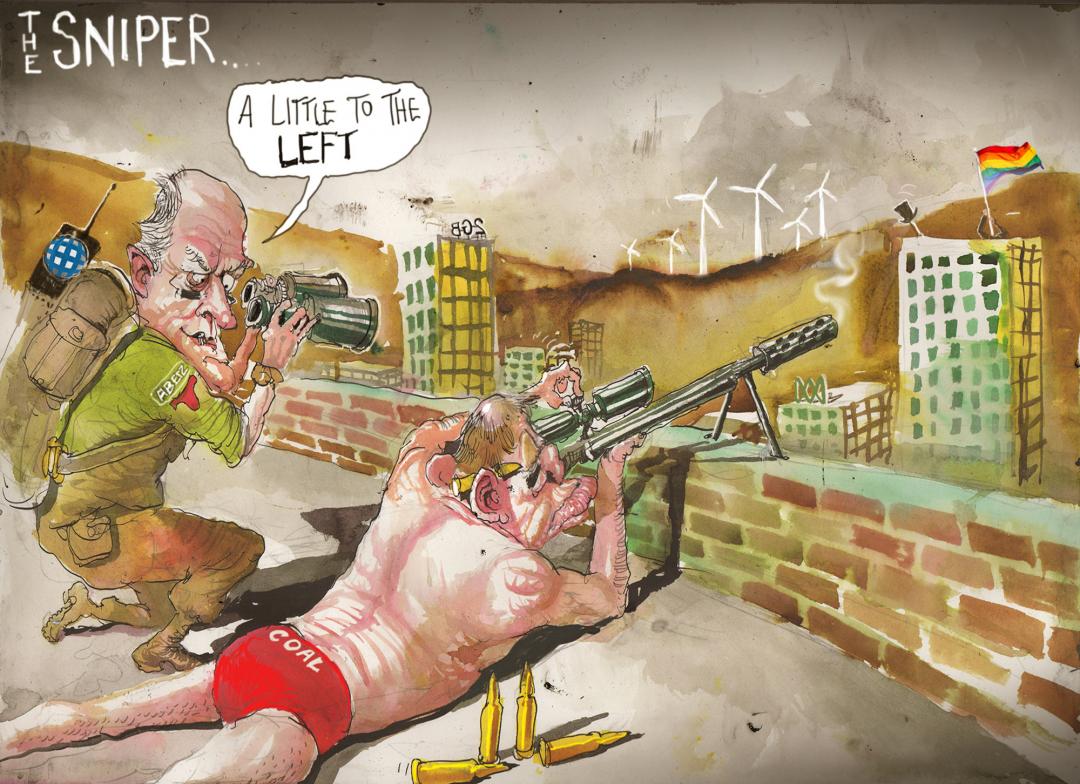