Putin on the Ritz

During an interview on ABC TV’s Insiders in March, Pauline Hanson stated that Australians want a leader like the ‘strong’ Russian president Vladimir Putin, downplaying his involvement in the downing of flight MH17 over the Ukraine in 2014. She later said that, although not everyone may agree with their actions, both Putin and President Donald Trump were ‘prepared to make a decision and they have their country’s best interests at heart’. Christopher Downes pairs Hanson with Putin to reprise the Senator’s 2004 success on television show Dancing with the Stars. 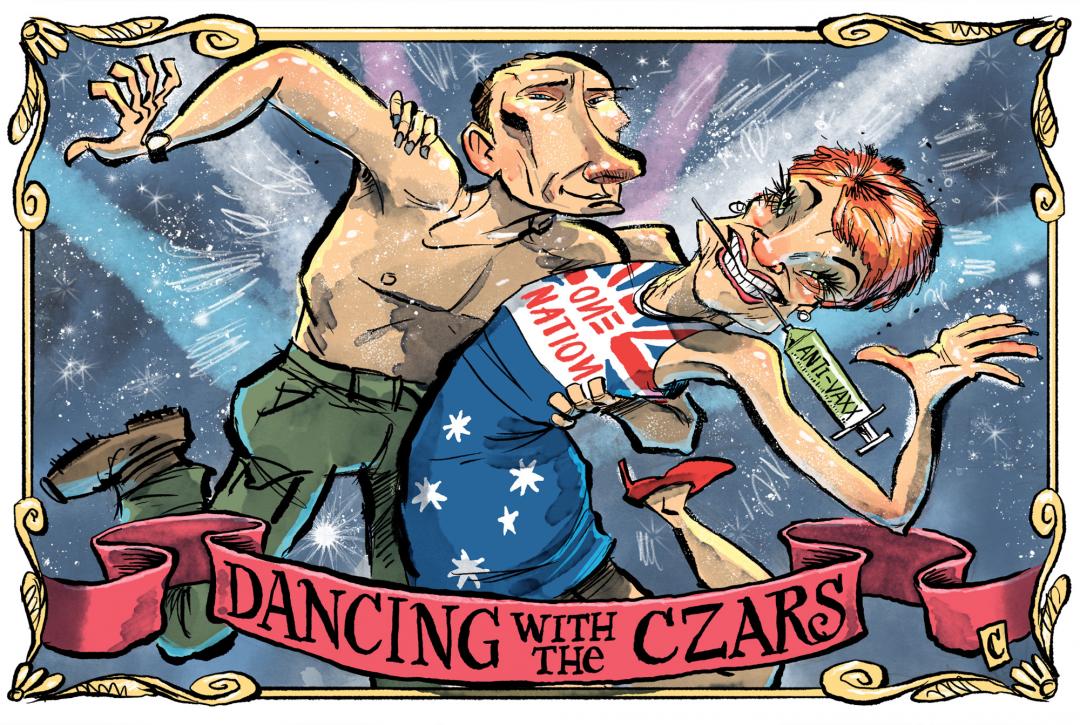